Ahead of World Cancer Day tomorrow (4 February 2016), the Fix the Patent Laws coalition is releasing a short video and briefing paper which highlights how South Africa’s existing patent laws are a major barrier for thousands of breast cancer patients in getting a key cancer medicine called trastuzumab.

The short video includes powerful testimonies from three South African HER2 breast cancer patients – among them actress and breast cancer advocate, Lillian Dube, who has lent her support to Fix the Patent Laws.

A full explanatory BRIEFER is attached below.

INTERVIEWS are available on request.

The Fix the Patent Laws coalition is calling on the South Africa’s Department of Trade and Industry to wrap up an arduous seven-year-long process to update South Africa’s patent laws and end abusive monopolistic practices that deny patients their right to health.

The Fix the Patent Laws coalition is made up of 18 patient groups representing people living with several diseases. The coalition, initiated by Doctors Without Borders and the Treatment Action Campaign, includes the Cancer Alliance, and Alliance members: the Cancer Association of Southern Africa and People Living with Cancer.

Pharmaceutical manufacturer Roche has multiple patents on trastuzumab in South Africa, which it markets as Herceptin or Herclon that could maintain its position as the only supplier of the drug until 2033.

Roche’s patents on trastuzumab have already expired in the UK, India, and South Korea, and will expire in the US in 2019

In the South African private sector, HER2 positive breast cancer patients are often denied coverage for a full 12 month course of trastuzumab by medical aids due to its high cost, which is R485, 800, or more if higher dosing is needed.

In the public health system, the vast majority of HER2 positive patients will never even hear about this drug.

In 2013 Roche earned over R100 million from the sale of Herceptin in South Africa’s private sector, and approximately US$6.6 billion in global sales in 2014.

Why should we care?

Since the early 2000s, people in South Africa have challenged patents on medicines that prevented their access to affordable treatment – especially for HIV drugs. We saw the dramatic drop in price of ARVs when monopoly patents were challenged. Today, there are 3.2 million people on ARV treatment.

But patients can’t keep fighting costly individual legal battles for access. The laws themselves have to change.

The existing patent laws on pharmaceutical products are out of date, and do not fully utilize legal safeguards to protect public health allowed under international agreements.

Lillian Dube, HER2 breast cancer patient, actress and advocate says: “When [my doctor] told me that my treatment is half a million the first thing that came to mind [is], as a cancer survivor and a supporter, I am with young women and I could see them not being able to access this… There are women who are 40, 30 and they’ve got small children and then they have to lose their lives because they cannot afford Herceptin. It should not be like that.”

Breast cancer survivor and advocate Louise Turner says: “If you do not have the money to buy the drug then you don't have access to it. Irrespective of where you are in the country you have the right to
access to treatment and access to the drugs needed.  Hopefully we can make that change. It will make a huge difference to all women in South Africa."

In October 2015, Fix the Patent Laws and Doctors Without Borders raised the alarm over the dangerous lack of access to the key HIV medicine lopinavir/ritonavir (LPV/r).

The drug was unavailable for several months because several patents held by the pharmaceutical company AbbVie ensured it was the sole provider of the LPV/r – marketed as as ‘Aluvia’.

In December 2015, AbbVie announced an agreement to allow generic manufacturers to produce the drug to prevent erratic supplies.

WATCH a video about the issue HERE 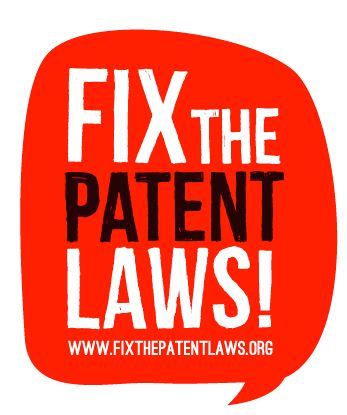