Three years ago, Fajimatou gave birth to her fourth child. Since then, she had been suffering from incontinence and regular urinary infections. Too embarrassed to raise this problem with the staff at the health post, she had kept it to herself. When she heard about the listening space for women set up by MSF in her village in Kargamari, it was a real relief.

“I knew that there I’d be able to talk to another woman who I could trust. The women in the village know Dalaran well, as she's been the traditional midwife for several years, but until now we didn’t have a space where we could talk to her freely”, explains Fajimatou.

Fajimatou is far from the only woman to have kept quiet for years. Kolo, who is 22 years old and a mother of three, lives in the village of Garin Toudou. She explains that she had been in pain since she started having intercourse with her husband, six years ago. “I didn’t have any children at the time, but I already felt discomfort when I went to the toilet or had intimate relations with my husband. I once plucked up the courage to go to a health centre to see someone, but when I was in front of the health worker, I was unable to explain.”

Women in Niger still find it difficult to talk about intimate personal issues with strangers, particularly men. This deters them from going to health facilities to ask for help. Therefore, one of the first obstacles for MSF to overcome in the Diffa region in its efforts to improve women's health was to find a way of encouraging them to seek advice and medical assistance when faced with problems linked to their sexual and reproductive health, in order to avoid sometimes fatal complications. This gave rise to the idea of the listening spaces.

Working with midwives to build trust and improve care

To establish trust with the women and help them to open up, MSF chose to work hand in hand with the village midwives. They are the ones that are in contact with the women first. “Having a person who is known and respected in the village inspires more trust in the women than if it were someone from outside the community” says Alira Halidou, MSF’s Field Coordinator in Diffa.

For the midwives, too, the listening space has significantly improved their work and their role in the village. “Before, I supported women during their pregnancies and labour. When MSF refurbished this space, they also trained me in listening techniques and how to detect signs of vulnerability. Since then, a new bond has developed with the women and they come and ask me for advice more often. As they trust me, they’re also more willing for me to put them in touch with the MSF teams”, explains Dalaran, the midwife in Kargamari. This is a something Kingui, another midwife, has also found. “I've been a midwife in Garin Toudou for 10 years now and women have never come to talk to me as much as they do now. I have young girls aged 15 or 16 who come and knock on my door to ask me questions about their menstrual cycle or their first pregnancy, when they wouldn’t previously have dared to confide in 50-year-old woman like me. Culturally, it's a big change.”

The fact that the listening spaces project has been so well received is also partly due to the concept having emerged from within the community. “Several times, during community meetings organised with our medical and health promotion teams, women expressed the need to have a dedicated space where they could discuss personal subjects that they don’t dare to talk about in front of the men. To avoid the project being blocked by male community members, it was openly discussed in the villages. In the end, at most of the sites where we set up these spaces, it was the village chief himself who provided a place, which we then refurbished”, explains Alira.

Since September 2017, MSF has set up listening spaces in nine villages in the Assaga and Chétimari health areas of Diffa region, where the organisation has been present since 2015 to provide primary healthcare to the population. The types of cases which the midwives have been asked to give special attention to include sexually transmitted infections, sexual violence and obstetric fistula. Obstetric fistula often occurs following a long and difficult labour, without medical assistance. Women who have had several pregnancies from a young age are particularly at risk of these types of complications linked to childbirth.

Maternal health is still a major challenge in Niger

“The average number of children per woman in Niger is 7.3 according to the national statistics from 2015[1]. This means that Niger has the highest fertility rate in the world. In addition, almost 30 per cent of births still take place at home, without medical assistance. This understandably has an impact on the maternal mortality rate, which is also very high”, explains Ann Mumina, MSF’s medical coordinator in Niger.

Using telephones supplied by MSF, the midwives can call the medical team whenever they identify a case that requires specific attention or a referral for secondary care. Thanks to this system, around 30 women have already been assisted free of charge by MSF, mainly for obstetric fistula like Fajimatou or sexually transmitted infections like Kolo. For these women who, out of shame, have been hiding their pain for years, the listening spaces are greatly appreciated. Fajimatou herself says that she now has a new lease of life: “I’m better since the operation I had thanks to MSF. It’s a great relief for my day-to-day life. Now, I'm the first one to encourage other women from the village to go to the listening space to get help.”

[1] The figures cited in this paragraph are taken from the National Socio-Economic and Demographic Indicators Evaluation Study (ENISED) carried out in 2015 by the National Institute of Statistics of Niger: http://www.stat-niger.org/statistique/file/ENISED/Rapport_ENISED_.pdf 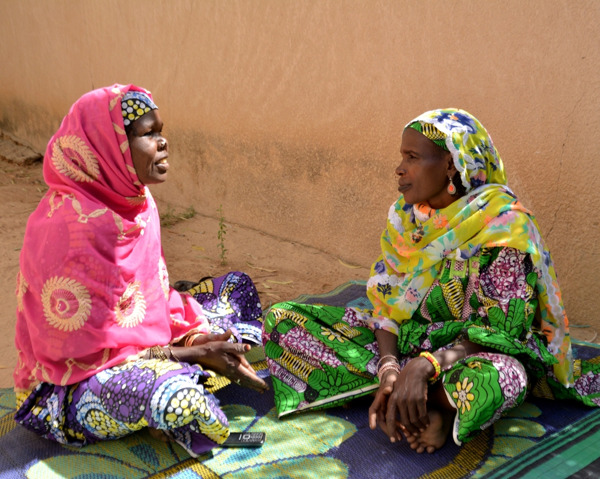