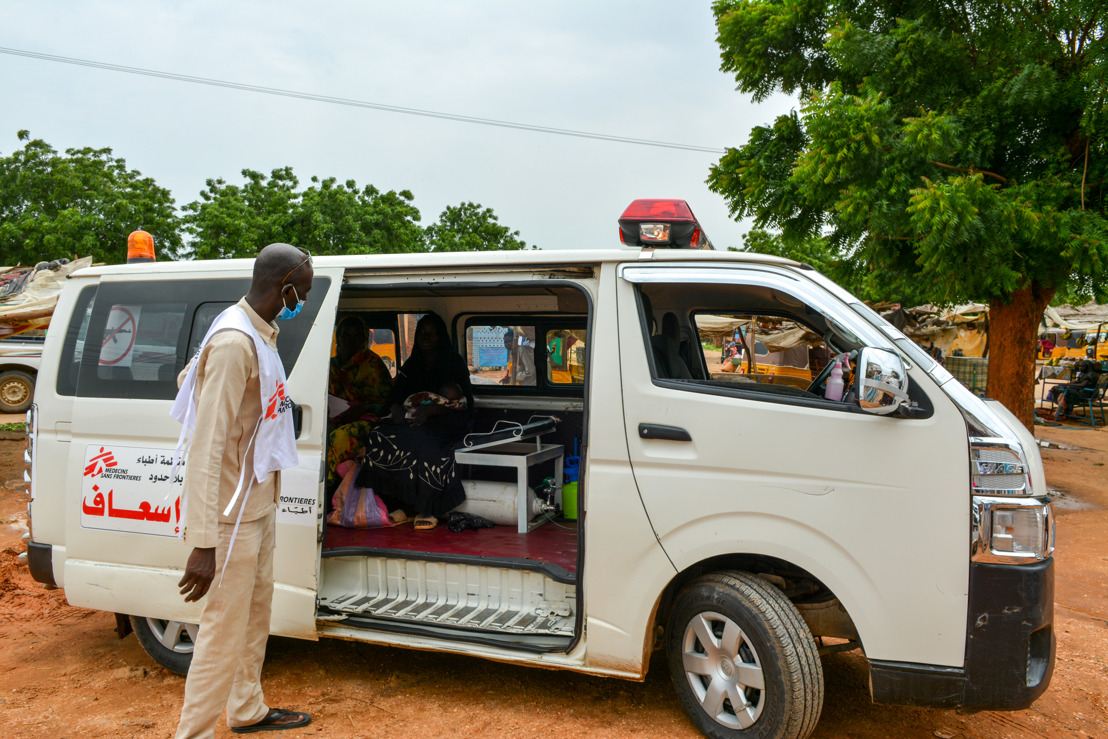 ¨The violent attacks started in Kreneik over the weekend, from where our teams received confirmation that the hospital that we support was attacked in Kreneik. Three people, including two medical workers were killed. The hospital´s pharmacy was also looted. MSF teams were not present at the facility at the time, having returned to our permanent base in El Geneina on the 19th of April.

¨Yesterday, El Geneina Teaching Hospital, in West Darfur’s capital city, in which MSF staff were working experienced a violent intrusion, with shooting taking place inside the facility, including the ER. One hospital staff was killed, and health workers, including those from MSF, were evacuated. “We are shocked by these attacks and send our sincere condolences to the families of those who have been killed. We condemn these deadly intrusions in the strongest possible terms. In conflict, medical structures and staff are protected – this has to be respected by all parties to any conflict at all times. “As a result of the ongoing violence and insecurity in the different parts of West Darfur, including these deadly attacks on two hospitals, MSF teams have not been able to reach the health facilities we support or nor conduct mobile clinic activities their activities in El Geneina and we cannot return to Kreneik. We are incredibly worried about the impact this will have on people, who have faced waves of violence, preventing them from seeking the medical care they need, and leaving them in dire need of assistance even prior to this attack. “Our teams are closely following the security situation to ensure that we can start working to provide much needed medical care and humanitarian assistance as soon as it is safe to do so. “