Doctors Without Borders (MSF) has stepped the Ebola epidemic response in DRC’s Équateur province while one new laboratory-confirmed Ebola case has been registered in the city of Mbandaka.

This new case is linked to the epicentre of the epidemic, the east of Lake Tumba, and now brings the total number of people who have presented symptoms of haemorrhagic fever in the region to 51, while there have been 26 deaths. The following is a breakdown of the numbers of cases

At present, 514 people who may have been in contact with people infected with Ebola been reported by DRC health authorities, and they’re currently being monitored.

“This is the ninth Ebola outbreak in DRC in the last 40 years. So far, all of them have occurred in remote and isolated areas, as was the case last year in Likati, when the epidemic didn’t spread.” explains Henry Gray, MSF Emergency Coordinator in Mbandaka.

“With the new case confirmed in Mbandaka, the scenario has changed, and it has become most serious and worrying, since the disease is now affecting an urban area. It is paramount to trace the suspect case in order to have a clearer view on how it reached the city. We are working closely with the Ministry of Health and the other organisations in the field to implement a coordinated, tailored and rapid response to stop the spread of Ebola.” 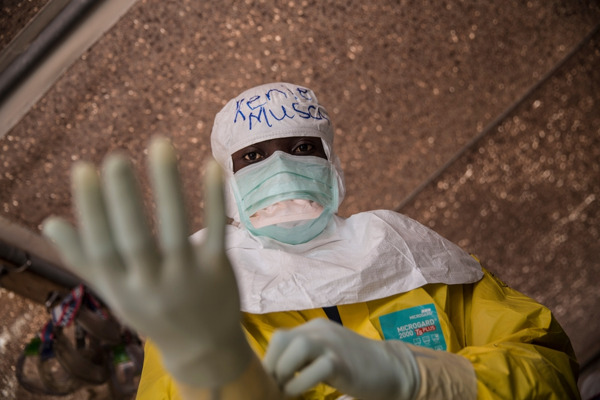