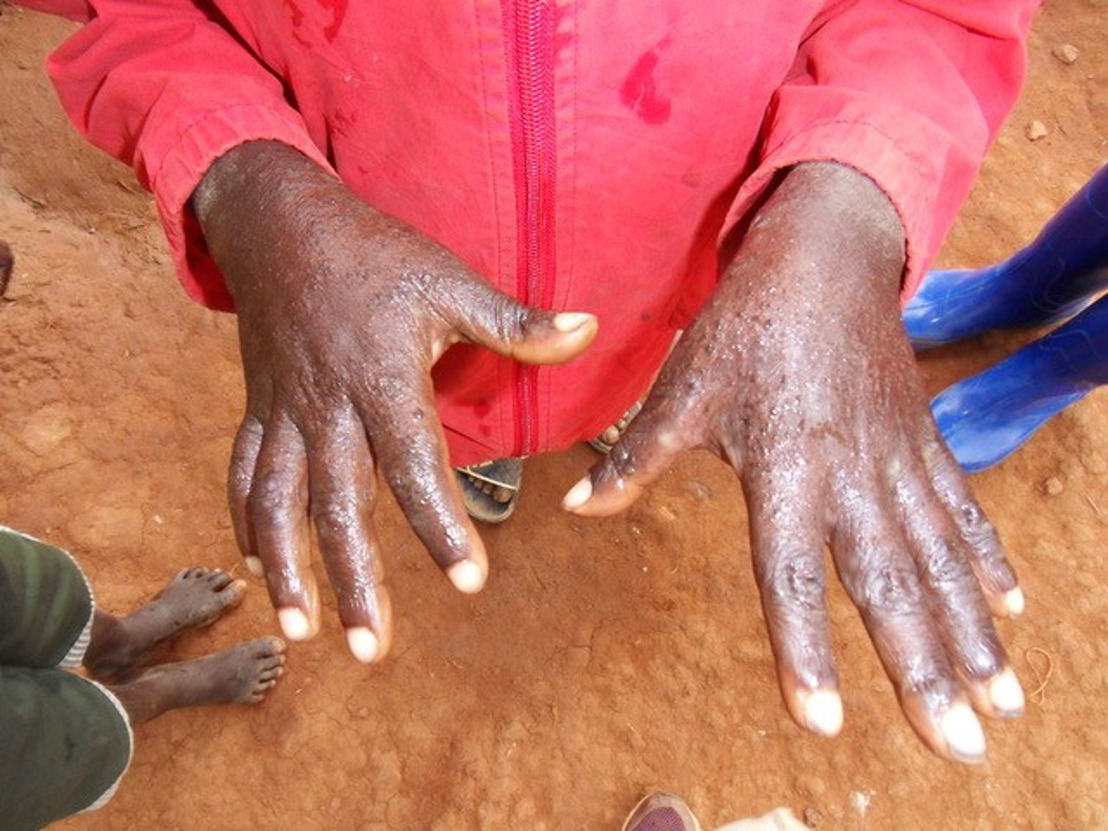 Wednesday, July 22, 2020 — Avra Fialas, MSF field communication manager writes about her conversation with Alejandra Garcia Najaro, a Doctors Without Borders (MSF) paediatrician who recently finished her assignment in Ituri province in the east of the Democratic Republic of Congo (DRC).

At the MSF guesthouse in Bunia, coordinating projects in remote areas of Ituri province, the waves of fieldworkers coming and going every day is impressive. Either they are on short breaks or end of assignment, the exchanges you can have often translate in potentially great stories of experiences from our work in the field.

It was during a morning breakfast in our compound that I started talking with Alejandra. A small woman with long lustrous curly hair and a smile that can only brighten you up ahead of a busy work day. Alejandra is our paediatrician working in the regional hospitals and healthcare centres that we support. She’s been working with MSF for almost 10 years now.

Sipping her coffee while I complain about the lack of sunshine in a yet consecutive gloomy day during the rainy season, she starts talking about this little boy called Mandro, in Drodro, an area not very far from Bunia, that has been heavily affected by the long-lasting intra-ethnic conflict.

She was giggling showing me the picture of Mandro before and after being cured from terrible scars while I was looking at her in awe not really understanding what had happened in between the child’s arrival to the hospital and the day he was cured. I asked Alejandra to tell me more about Mandro’s story.

“I was on my way to the general hospital of Drodro when Diakaridia, our health promoter manager, called me telling me with enthusiasm - I have a child patient for you.

“Little did I know at the time that this child would be one of the worst affected people by scabies that I’ve seen so far in my medical career”- Alejandra pauses.

“Diakaridia brought the child to the hospital of Drodro. When I saw him I almost jumped in shock. His hands, arms, neck, his whole body from top to bottom were covered in severely over-infected scars from clearly one of the worse forms of scabies – the so-called Norwegian-scabies. The marks were everywhere. But his hands were an impressive sight…noticeably because it’s the easiest spot for anyone, to scratch, let alone a child.” – said Alejandra showing me the picture.

Scabies has been listed in the medical book of Neglected Tropical Diseases as unfortunately still present in different countries. Even though it is highly contagious, it remains an easily curable skin disease whose treatment is affordable and can even be available for free. However, while the medicine is only one part of the solution, the bigger challenge resides in the imminent need to clean everything at home  and this becomes a draconian task, as the family is asked to wash all of their clothes, bed-sheets and at times even the mattresses with soap so that the scabies parasite dies.

How could this be achieved when all these hundreds of thousands of displaced people live in deplorable living conditions, where they barely have water to drink, yet alone to wash their clothes?

“Mandro was lucky. Diakaridia found and brought him to the hospital. His wounds from the disease and the constant scratching with clearly not clean hands were over infected, inflamed and he could not move them. We immediately gave him the medicine and skin cream, threw his infected clothes away and gave him some new ones. It is extremely rare to hospitalise people suffering from   scabies, but this child was one of them. Fortunately, a couple of days later he was fully recovered and could leave the hospital. What an incredibly vivacious child he was.” Alejandra said to me.

I have been to these forgotten from the world areas where nearly a million displaced people live in, here in Ituri. There are barely any words to describe their living conditions. Nevertheless, I am struck when a paediatrician so experienced in humanitarian assignments is moved by such occurrences at population’s level and yet so great at the level of a patient.

When the medics themselves never seize to be surprised by a new dramatic case of a patient, such as the one of little Mandro in Drodro, in a world-forgotten place, then you are only left with the hope that maybe one day more will be done to ameliorate the living conditions and health of the forgotten displaced people.

Notes:  Alejandra Garcia Naranjo is an MSF Paediatrician who just finished her assignment in the province of Ituri in DR Congo.