A critical situation is unfolding for hundreds of thousands of refugees seeking safety in Tanzania, as camps are now at full capacity.

The rate of Burundian refugee arrivals has increased almost five-fold in the last four months as people continue to flee across the border. Nearly a quarter of a million Burundian and Congolese refugees are now crammed into three overstretched camps while discussions on a fourth camp to host those still crossing the border continue to stall.

With total refugee numbers in the three camps predicted to hit more than 280,000 by the end of 2016, this is rapidly becoming one of Africa’s biggest refugee crises. However, despite warnings by Doctors Without Borders (MSF) in May this year, little has been done to scale up assistance.

MSF is now calling for an urgent and rapid increase in aid to avert the health risks facing refugees –the rainy season approaches and there could be a spike in malaria.

“The current humanitarian response - especially in terms of shelter, water and hygiene – will be unable to keep up with the huge numbers of people arriving,” says David Nash, Head of Mission for MSF. “With the unrest in Burundi showing no signs of abating, it is crucial that international assistance to the humanitarian effort in Tanzania is rapidly stepped up.”

Today, we share with you an update focusing on how the refugee situation is on the rise, and could reach a crisis point.

ATTACHED YOU WILL FIND 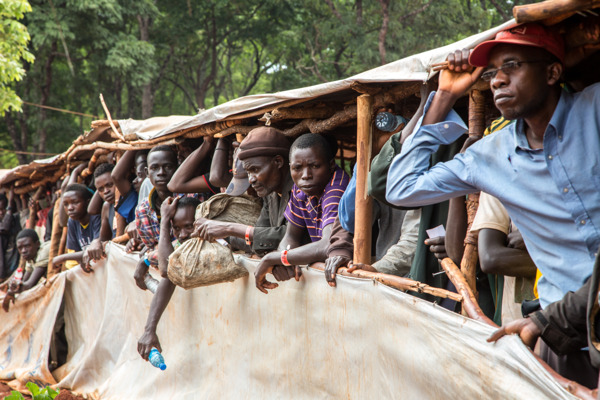