Friday, February 19, 2016 — Syrian civilians remain under brutal and relentless attack with 1.9 million people under siege while rampant bombings of medical facilities and heavily populated areas have become an outrageous and intolerable norm.

Releasing a new report yesterday documenting the medical and humanitarian toll on civilians, Doctors Without Borders (MSF) warned of the failure of four of the five UN Security Council member states – France, Russia, UK and US, that are active participants in the Syrian conflict – to abide by resolutions they have passed to halt the carnage and ensure their allies apply due protection of civilians.

MSF International President Dr Joanne Liu said, “Life in Syria is shattered. There is no safety or sanctuary from the unrelenting attacks. Schools, hospitals and homes are destroyed. Millions have run. Others cannot; they are caged inside closed borders.  Today, Syria is a kill box. We are witness to a collective global failure,”

The report data comes from 70 makeshift hospitals and clinics in Syria that are regularly supported by MSF.

During January 2015 to December 2015, these facilities recorded a staggering 7,009 war-dead and 154,647 war-wounded. These are the people who were able to reach a health facility, and does not account for deaths outside the clinics or wounded who were unable to reach a facility.

Women and children represented between 30%-40% of the victims of violence in Syria, indicating that civilian areas were consistently hit by aerial bombardments and other forms of attack. Our data can only represent a fraction the real situation on the ground, which is far worse than depicted in this report.

Our figures also reveal that 63 MSF-supported hospitals and clinics were bombed or shelled on 94 separate occasions in 2015 – destroying 12 facilities and killing 23 staff members. Already in 2016, at least 17 health facilities have been bombed in Syria, including six supported by MSF.

“The bombing of the Ma’arat Al-Numan hospital  (on 15 February) is a blatant violation of the laws of war, and it is only the tip of the iceberg in attacks on medical facilities in Syria. We say loud and clear: the doctor of your enemy is not your enemy,” Liu said.

What is MSF calling for?

- MSF calls on all military forces participating in the conflict in Syria to respect International Humanitarian Law.

- MSF calls for the protection and respect of the medical mission, and for all attacks on medical facilities, staff and emergency response teams to cease.

- MSF specifically appeals to the four permanent members of the UN Security Council currently participating in the conflict to respect their own resolutions and assure that their own military, as well as their military allies, start to implement the resolutions for which they unanimously voted. 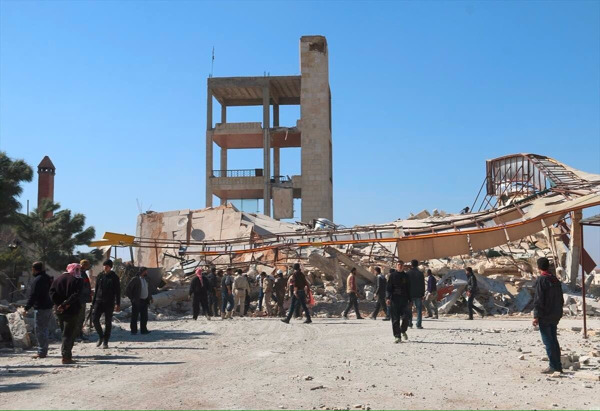