Durban, July 19, 2016—The international medical humanitarian organization Doctors Without Borders/Médecins Sans Frontières (MSF) today released the 18th edition of its HIV drug pricing report, Untangling the Web of Antiretroviral Price Reductions, at the International AIDS Conference in Durban, South Africa. The report (attached) finds that prices of older HIV drugs continue to decline, while newer drugs remain largely priced out of reach of the people who need them most. This is in large part because pharmaceutical corporations maintain monopolies that block price-lowering generic competition.

Today, the lowest available price for a quality-assured, World Health Organization-recommended first-line one-pill-a-day combination is $100 per person per year (tenofovir/emtricitabine/efavirenz). This is a decrease of 26 percent since MSF last recorded the lowest price for first-line treatment at $136 in 2014. For a WHO-recommended second-line regimen, the lowest available price is now $286 per person per year (zidovudine/lamivudine + atazanavir/ritonavir)—an 11 percent decrease from $322 two years ago.

These prices continue to fall as a result of robust competition among generics manufacturers in key producing countries, primarily India. But the price of newer drugs—needed for people who have run out of other HIV treatment options—remain high, largely because of patent monopolies held by drug corporations. The lowest price for salvage treatment today is $1,859 per person per year (raltegravir + darunavir/ritonavir + etravirine). This is more than 18 times the price of first-line therapy, and more than six times the price of today’s most affordable second-line combination. The price for this combination has come down only by seven percent, from $2,006 per year in 2014. These are the lowest global prices, but many countries, especially ‘middle-income’ countries, pay much higher prices for these medicines because pharmaceutical patents block them from using generics.

“We have to be able to afford the newer HIV drug combinations that people will need over time, or else they will have no other options,” said Dr. Vivian Cox, Medical Referent for MSF’s Eshowe project in South Africa “We need to be shouting about this now to make sure we don’t end up with another treatment crisis like the one we faced over a decade ago, when life-saving medicines were simply priced out of reach for millions of people who needed them.”

While today the number of people who require salvage therapy is still relatively small in developing countries, the increased use of gold-standard viral load treatment monitoring is helping identify more people who are failing on their first- or second-line treatment and need to be switched to another set of medicines. Already in MSF’s HIV programs, the number of people having moved to second-line therapy has almost doubled since 2013.

India, the world’s main producer of affordable HIV medicines, is often called the “pharmacy of the developing world.” More than 97 percent of the HIV medicines MSF uses in its treatment programs are generic medicines from India. India’s patent law sets a high bar for what deserves a patent. This allows robust competition among generic producers, which has driven down first-line HIV treatment prices by 99 percent -- from $10,000 per person per year in 2000, to $100 today.

But India is facing immense pressure to roll back its pro-health patent policies—which put people’s lives over corporate profits—especially from the United States, backed by its pharmaceutical corporation lobby. Other countries, such as the EU, along with Japan and South Korea, are preparing or actively pursuing trade agreements with India that would restrict the country’s production of affordable medicines in the future. Should India be forced to change its policies for these trade agreements, it could pose a serious threat to affordable medicines production in India.

“India is under massive pressure to turn off its tap of affordable medicines, which are a lifeline to millions of people not only in India, but across the developing world,” said Leena Menghaney, South Asia Head of MSF’s Access Campaign. “If India doesn’t stand strong against the pharmaceutical corporations and governments that are pushing for change in the country’s patent law and policies, people around the world will face a crisis in access to medicines in the future. 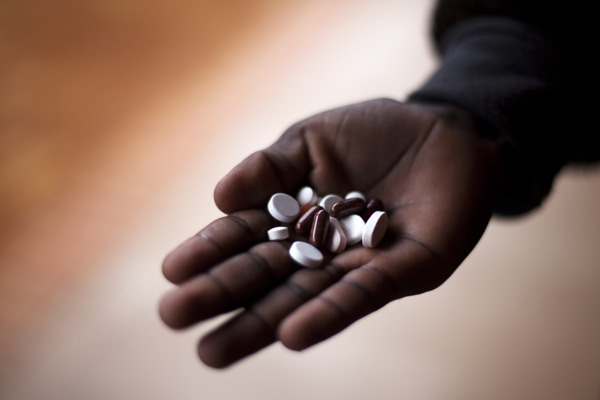