Pibor/South Sudan, 26 February 2016 - A Doctors Without Borders (MSF) medical compound was looted amid fighting on Tuesday afternoon, February 23 in Pibor County in the Jonglei State, which left at least 35 wounded and nearly 1,000 people seeking shelter at the United Nations Mission (UNMISS) base in South Sudan.

MSF staff brought medical equipment and supplies with them and they have been supporting the provision of medical treatment to the wounded. As of 1:00 p.m. on Wednesday, MSF was supporting treatment for 35 patients but there is a lack of surgical capacity to provide the level of treatment that is urgently required.

Fighting is ongoing in the area and MSF has witnessed a number of homes that have been destroyed in the violence. MSF has not been able to assess the extent of the damage to its compound.

"There are critical emergency medical needs right now in Pibor, and really limited capacity to respond and save lives," says Corinne Benazech, MSF Head of Mission in South Sudan.

"We need to assess the damage and looting of the MSF health centre, but if we cannot restart activities this could make a bad situation catastrophic, since MSF provides the only healthcare in the area. We reiterate the call that all armed actors must respect international humanitarian law, which protects civilians, medical facilities and the provision of humanitarian assistance."

In case you missed it:

It is hardly a week since a wave of violence also erupted in the Malakal Protection of Civilian (PoC) site in Malakal in the Upper Nile State where at least 18 people were killed, among them two MSF South Sudanese staff members who were attacked in their shelters.

MSF’s 50-bed hospital inside the PoC received 36 wounded people, including an MSF staff member. More casualties continued to arrive following the attack. For more information on the attack, read:  http://bit.ly/1KYMQxX

INTERVIEWS: Interviews with our MSF operations staff in South Sudan are available. 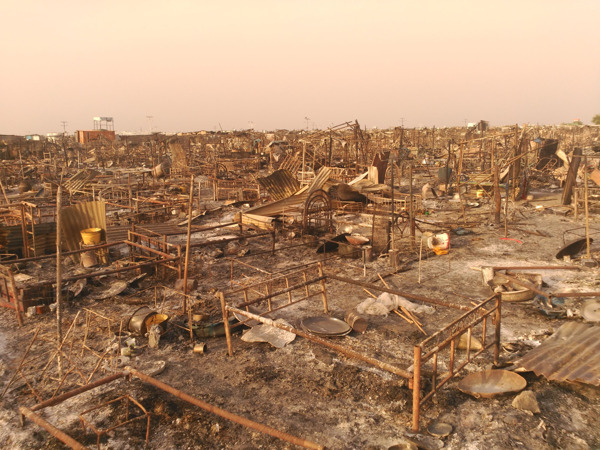