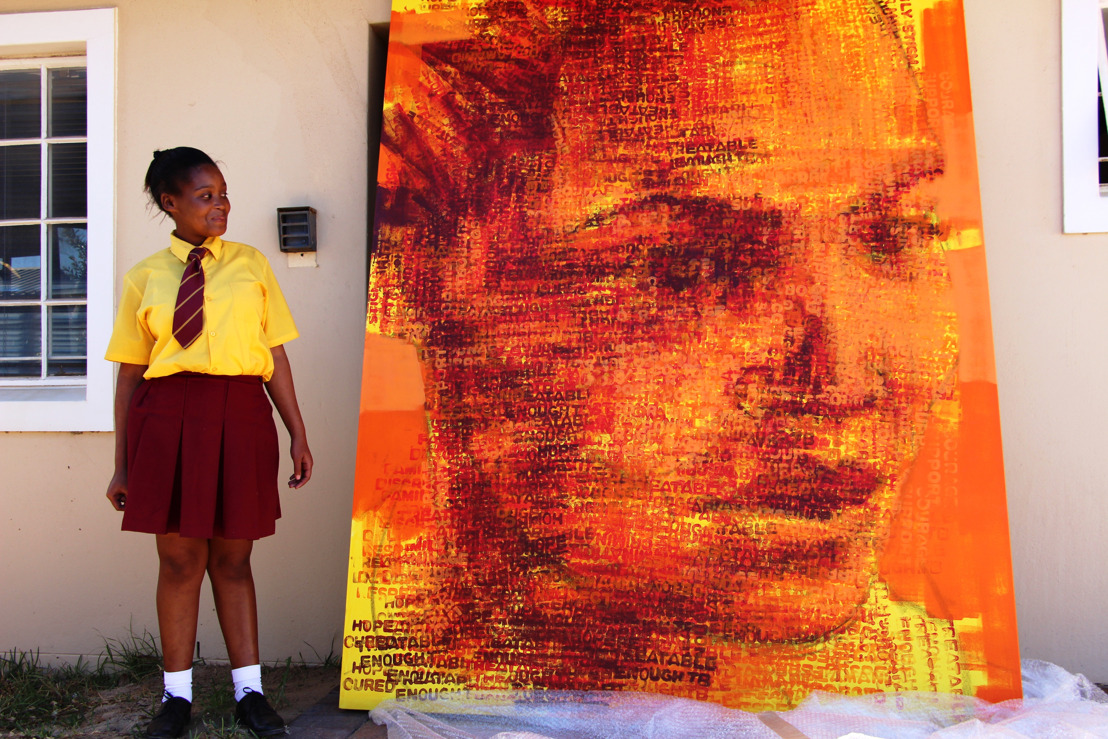 Friday, March 24, 2017 — As a group of Khayelitsha schoolchildren living with drug-resistant tuberculosis (DR-TB) today unveils an artwork commemorating their battles against the disease, the international humanitarian organisation Doctors Without Borders (MSF) warns that adolescents are being fatally neglected in the response to TB and DR-TB in South Africa, and calls on the Department of Basic Education (DBE) to expedite plans to implement school-based TB education and TB screening in collaboration with the Department of Health (DOH).

Medical staff who work in the MSF DR-TB projects in Khayelitsha, Western Cape, and King Cetshwayo District, KwaZulu-Natal, have spoken of critical gaps in the country’s response, including low TB literacy, too few TB screening opportunities, difficulties identifying adolescents who have been exposed to DR-TB and linking them to diagnosis, and limited access to better, more tolerable DR-TB treatments. Consequently this underdiagnosed population misses the opportunity to realise improved treatment outcomes.

According to Dr. Jenny Hughes, MSF’s TB doctor in Khayelitsha, ‘an estimated 10% (of approximately 650’000 cases of DR-TB worldwide) occur among children and adolescents, and although young people respond well to treatment, thousands die from this disease each year, largely due to lack of access to improved diagnostic techniques and more tolerable treatment for young people. South Africa is no exception.’

The country’s new National Strategic Plan for HIV, TB and STIs (2017-2022) recommends providing health services such as TB screening in schools, although this much-needed activity is likely to stall until the Department of Basic Education finalizes and implements its 2015 Draft Policy on HIV, STIs and TB. MSF calls on the DBE to have this strategy approved without further delay.

After-hours strategies are also required for tracing adolescents who have been in contact with TB and DR-TB patients, and linking them to diagnostic and treatment services. Upward of 50% of all DR-TB cases in Khayelitsha are due to direct transmission of already drug-resistant strains. In South Africa, a strategic focus on tracing children under age 5 may have led to other vulnerable populations being neglected, including adolescents.

“Adolescents are usually at school during the daytime when health department officials do TB screening in households. Those who do get screened and referred to clinics for diagnosis find queues that keep them out of school for hours, so many turn away. So on the one hand we need wider screening for TB in schools, and on the other we need youth-friendly facilities with after-hours services,” says Xoliswa Harmans, a DR-TB counsellor at MSF Khayelitsha.

17 year old Sinethemba Kuse was diagnosed late, just days before Christmas in 2015, and later found that her TB strain was drug resistant (DR-TB).

“I didn’t know about TB. Nobody ever talked about it in school and I didn’t know that I could go to my local clinic to have a TB screening,” says Kuse, who is the subject of the portrait that will be unveiled on World TB Day.

Once diagnosed with DR-TB adolescents must face the same harsh treatment regimen that is used for adults, which includes a painful daily injection for months and side effects of the medications that can have catastrophic consequences for their growth and development.

“Studies conducted in the Western Cape show that up to 24% of children and adolescents on the injectable DR-TB agent that is currently in standard use develops hearing loss, which obviously impacts everything from schoolwork to social life. More tolerable treatments substituting an injectable agent with promising new medicines like delamanid are urgently required in order to make treatment more tolerable and also improve adolescent treatment outcomes,’ says Dr Hughes.

On World TB Day MSF will join a list of signatories on an open letter to delamanid manufacturer Otsuka, calling on the Japanese pharmaceutical company to urgently make this important new drug more widely available.

Kuse is one of the first South Africans under the age of 18 to have been initiated on delamanid, which is currently only available to approximately 1% of those in need of the drug. She is doing very well and her doctors expect she will be cured this year. Kuse says she agreed to sit for the portrait because she wants other youth to know that TB can be cured. Prints of the 2m tall artwork will be presented to select clinics and schools in Khayelitsha, along with Kuse’s story. The piece was created by local artist Claude Chandler, using word stamps made by Kuse and other adolescent DR-TB patients. The patients were asked to think of a word that expressed their experience of living with DR-TB. Kuse’s word was ‘hope’.

Note to editors: MSF Khayelitsha is currently conducting a pilot project aimed at strengthening the decentralisation of DR-TB services for children and adolescents, through enhancing existing contact tracing services, strengthening referral processes and improving education. MSF offered TB screens at certain schools in Khayelitsha in 2016, and detected 8 cases of DR-TB.