We would like to remind you about a PRESS CONFERENCE we are hosting TODAY to discuss how proven strategies Doctors Without Borders (MSF) have executed in the field projects - if implemented more widely could - help initiate treatment for 30 million people with HIV treatment by 2020.

While the recent UN member states’ endorsed political declaration includes commitments to reaching 30 million people with HIV treatment by 2020, the ’90-90-90’ targets show evidence of political commitment, while science has provided the tools and evidence base to achieve it.

In all contexts, MSF supports the implementation of a number of key interventions such as:

While critical progress has been made in most regions, MSF is seriously concerned about neglected regions like West and Central Africa, where coverage of HIV treatment is below 30 percent. We are making a strong call for a specific action plan and strategies to address such huge treatment gaps.

In South Africa, we are equally worried about the withdrawal of lay counsellors in KwaZulu Natal from HIV clinics. Lay counsellors have been at the centre of the HIV fight as they played a critical role in health education, adherence and patient support. However, health authorities in KZN decided to withdraw them from HIV clinics in 2015 and this has left a huge dent in HIV programme impacts.

Following the withdrawal of counsellors, HIV testing seriously decreased initially by 25% and further by 13% following a second wave of withdrawal.

To update yourself with some background, read MSF’s policy brief on reaching the 90 90 90 targets as well as a summary of abstracts for MSF’s scientific presentation this week:

.         Bending the curves of HIV/TB epidemic in KwaZulu-Natal Report 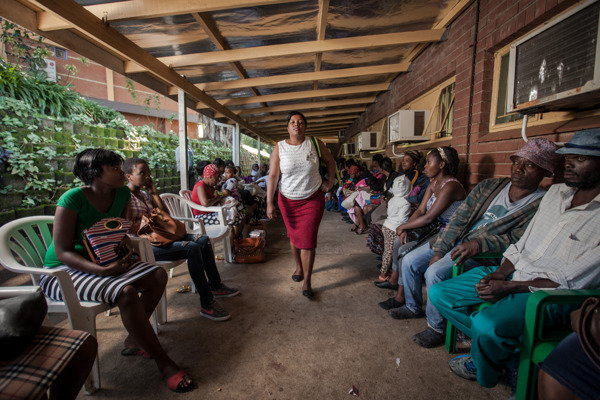