Monday, June 11, 2018 — Since late August 2017, more than 693,000 Rohingya refugees have arrived in Cox's Bazar district in south-eastern Bangladesh after fleeing violence in Rakhine State in Myanmar.

The refugees - from a minority Muslim group denied citizenship and other rights in Myanmar - have settled in existing settlements in Bangladesh. Due to the influx of people, authorities have set up additional makeshift settlements and new camps in the region, in an effort to cope with this humanitarian crisis.

To update you on the current situation faced by the Rohingya in Bangladesh, we share with you a selection of FRESH and POWERFUL High Res photographs taken by photographer Pablo Tosco. The photos focus on the daily reality of living conditions for the Rohingya and medical activities run by Doctors Without Borders (MSF).

One of the most significant stories is that of the many children who have been admitted to the MSF hospital in the camp after contracting infections from unhygienic birth practices, and the unsanitary living conditions in the camp during their first days of life.

Some of the photos also depict the ongoing preparations for the rainy season in the camps. Rohingya refugees are once again in a situation of extreme vulnerability with scarce food, lack of drinking water, fragile housing, overcrowding and the risk of floods and landslides.

In addition, we offer you interview opportunities with our MSF colleagues on the ground and our Anna Cilliers, a South African nurse who will soon return to Bangladesh for a second assignment. 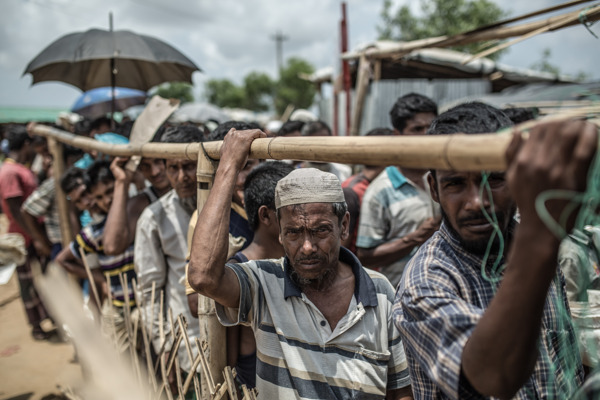