In 2016, MSF marked 30 years of presence in Malawi, initially to a refugee crisis in 1986 and then becoming heavily involved in the growing HIV response.

Today in Chiradzulu and Nsanje, two districts in Malawi’s southern region, MSF supports the health ministry to meet the health needs of those particularly vulnerable: children, adolescents and women living with HIV, severely ill people failing first-line ARV treatment, and women who identify as sex workers.  Special emphasis is placed on testing infants for HIV and a spectrum of medical care for severely ill patients living with advanced HIV.

Since 2013, MSF supports the health ministry to provide health care and referral networks specially tailored to the needs and movements of nearly 1000 sex workers enrolled as part of a ‘sex worker program’ in Nsanje.

Sex workers are 5.4 times more at risk of contracting HIV than their counterparts in the general population. MSF data collected showed that 41% of sex workers enrolled in the program were HIV positive. Sex workers in Malawi often face violence, criminalisation and exclusion from essential reproductive healthcare, including prevention of HIV, Sexually Transmitted Infections (STIs) and unwanted pregnancy.

In MSF’s project, women are identified and supported by Peer Educators - themselves sex workers – through trusted, word-of-mouth networks.  Mobile clinics rotate between five sites, including in Bangula Trading Centre, delivering packages of HIV, TB and reproductive healthcare. HIV positive women are invited to join Sex Worker ART Groups (SWAGs) allowing them to collect their ARVs while on the move.

In this sparsely populated, largely rural area, people living with HIV face many challenges staying on lifelong treatment. Just getting to health centres for check-ups can be costly, time-consuming and difficult.

In 2016, an MSF survey of inpatient records revealed that up to 37% of admissions in the district hospital were related to HIV with 54% of inpatient deaths being due to HIV. HIV patients were five times more likely to die than HIV negative patients, despite more than 65% being on antiretroviral treatment. Nearly 30% of patients treated for HIV arrived in such severe stages of immune failure that they died within 48 hours of hospital admission.

MSF is adapting its support to Nsanje hospital in 2017, specifically to deliver a training program for health ministry staff to improve diagnosis and clinical management of advanced HIV and related opportunistic infections, including TB. This is supplemented with laboratory, imaging and pharmacy support and supplies of essential medicines. Improved links between hospital and community ensure that patients can be referred earlier and followed up for three months after discharge.

Through the ‘Nsanje HIV TB District Support’ model, MSF is assisting the severely underfunded district health service to strengthen its coordination and improve HIV and TB services. Along with mentoring and training of health staff in the Nsanje hospital and 14 health centres, essential hospital services, including laboratories and pharmacies are being reinforced to improve standards and ensure the continuous supply of essential drugs.

Malawi has the highest rates of cervical cancer in the world, with an estimated 75 of every 100 000 women newly affected each year. Yet as in many less wealthy countries, there are gaps in the prevention, diagnosis and early treatment of cervical cancer, particularly in southern Malawi. Only 10 to 20% of women in Malawi receive early screenings and no preventive vaccinations or treatments exist.

In collaboration with the Malawi health ministry, local and international partners, an integrated approach is being developed for women aged 9 to 49 years in urban Blantyre and Chiradzulu district. Starting with strengthened screenings and early treatment for pre-cancerous lesions, the project will soon include HPV vaccinations and treatment for cervical cancer.

Young people living with HIV, especially between ages 10 to 17 need specific support to help them adapt to their diagnosis. In 2016, the Saturday Teen Clubs space was created, promoting social activities, health education, and counselling for young people. A key focus is to create a supportive environment where adolescents  - some of whom may have lost parents due to HIV - receive support from peers and can identify with other young people living with HIV.

In the coming years, medical care for stable adolescents living with HIV will be integrated with mental health, nutrition, sexual and reproductive health support.

Many factors in the lifelong treatment for HIV can cause ‘treatment failure’, where antiretrovirals (ARVs) don’t properly suppress the virus in the blood: social and economic factors, lack of support among others can lead to poor adherence to treatment, or people can develop drug resistance.

MSF and the health ministry are also working together to implement and improve the quality of care for HIV patients at primary health care level, in order to keep patients under an effective treatment at any given time. 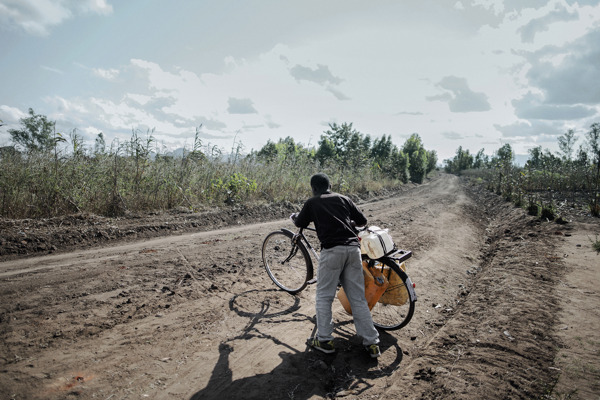