It has been almost a year since intercommunual fighting erupted in Tanganyika Province, Democratic Republic of Congo (DRC), forcing thousands of people from their homes. Many live in informal settlements, with limited access to healthcare and face shortages of food, water and shelter.

Nearly half a million people were displaced between July 2016 and March 2017 due to violence, according to UN estimates. Over 44,000 are living in settlements around the city of Kalémie.

This precarious situation has worsened in July with renewed fighting around Kalémie, a town on the western shore of Lake Tanganyika in the DRC. Some camps have been set alight, and people have been forced to flee again with whatever little they can carry. Around 21,000 people have sought safety in the city of Kalémie and are now sheltering in overcrowded school buildings and compounds.

Doctors Without Borders (MSF) has been supporting local health authorities of Kalémie since April. After fighting broke out, teams increased their support by providing water and running mobile clinics.

“People stopped in the first safe place they found – schools - which are empty due to the holidays. The people living here have no idea what will happen to them if they don’t find  shelter by the time the term starts again”, says Stéphane Reynier de Montlaux, MSF emergency coordinator in Tanganyika.

MSF has been working in Democratic Republic of Congo since 1981. Since April 2017, MSF teams in Tanganyika province have been undertaking a measles vaccination campaign and addressing high levels of malnutrition among people displaced from their homes and the host communities. 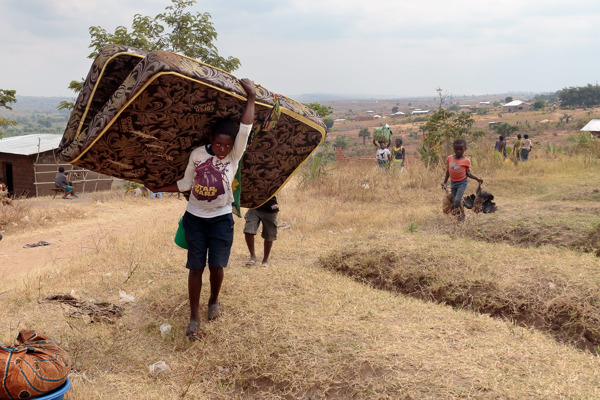