Thursday, November 29, 2018 — Ahead of a Vatican City meeting on scaling up HIV diagnosis and treatment for children, the international medical humanitarian organisation Médecins Sans Frontières (MSF) criticised pharmaceutical corporations for their delays and failure to develop appropriate formulations of HIV medicines for children. Developing countries are struggling to provide HIV-positive children with World Health Organization (WHO)-recommended treatments, because paediatric versions of these antiretroviral drugs are not available where they are needed.

“Pharmaceutical corporations simply don’t consider children with HIV a priority, forcing us to use older, suboptimal treatments for the youngest people in our care that make it harder for them to stick to their treatment. Worse, increasing resistance to existing HIV medicines in sub-Saharan African countries means that the older treatments may not work in infants and children who are in urgent need of better treatment options,” said Dr David Maman, Medical Coordinator for MSF in Malawi. “How long will children with HIV have to continue to suffer or die because of pure indifference?”

Paediatric HIV remains a neglected disease, and the small market for paediatric HIV medicines means they have never been a priority for either multi-national pharmaceutical corporations or generic manufacturers. Delays have plagued both the development and introduction of newer paediatric drug formulations and scale-up of existing formulations.

For example, the HIV drug dolutegravir – which is recommended by WHO as the preferred first-line treatment for infants and children, and was first approved for use in adults in 2013 – is still not available for children because pharmaceutical corporation ViiV Healthcare has yet to finalise necessary studies and register a dispersible tablet formulation for younger children. A paediatric granule formulation of another key drug, raltegravir, already exists, but pharmaceutical corporation Merck has been slow to register it in developing countries.

Dolutegravir has more pharma market interest but the clinical trials for the paediatric dosage have been ongoing in South Africa at a very slow pace.

The pharmaceutical company CIPLA has promised to supply lopinavir in granule formulation, an HIV drug for infants and young children at the beginning of 2018 to South Africa. However, to date the corporation has not fulfilled its promises, citing limited production capacity. South African HIV patients are also still waiting for the fixed-dose combination (FDC) or co-formulation granules promised by both CIPLA and Mylan, another pharmaceutical company.

The alternative to dolutegravir recommended by WHO is the combination of lopinavir/ritonavir, but its paediatric formulation has also been plagued with problems. Generics manufacturers Mylan and Cipla have been very slow in scaling up the supply of the paediatric formulations (pellets and granules), and have also set their prices three times higher than the harsh-tasting lopinavir/ritonavir syrup that their products are supposed to replace.

At a meeting in Vatican City one year ago, representatives from global health organisations and executives from pharmaceutical corporations committed to increase access to treatment for children and adolescents living with HIV, but very little progress has been made. The meeting is being re-convened this year on 6-7 December.

“Children need access to the best and most robust medicines possible given that they need to stay on HIV treatment for life,” said Jessica Burry, HIV Pharmacist at MSF’s Access Campaign. “Pharmaceutical corporations need to stop dragging their feet and start taking concerted action so that more young lives can be saved – time’s up for empty promises.”

WHO recommends all children diagnosed with HIV immediately start antiretroviral therapy. But without optimal paediatric HIV drug formulations, countries will continue to struggle to implement this recommendation.

Treatment coverage among children living with HIV is unacceptably low, with only 52% of HIV-positive children receiving treatment in 2017. Half of these children continue to receive suboptimal regimens, putting them at risk of increased side effects, resistance and treatment failure. In sub-Saharan Africa, home to 90% of all children living with HIV, there are high rates of resistance to existing HIV drugs, including nevirapine and efavirenz. The death rate among HIV-positive children remains high, especially during their first four years of life. In 2017, AIDS-related illnesses killed 110,000 children worldwide. 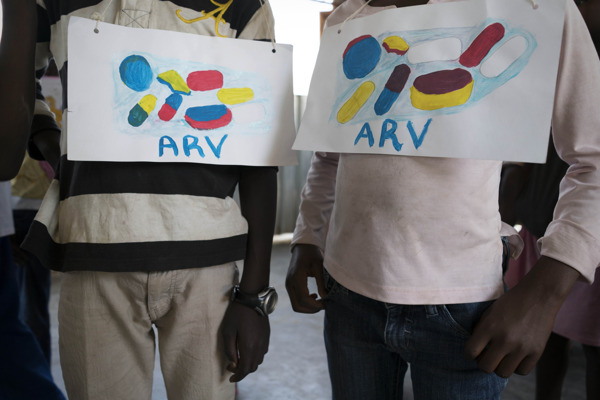