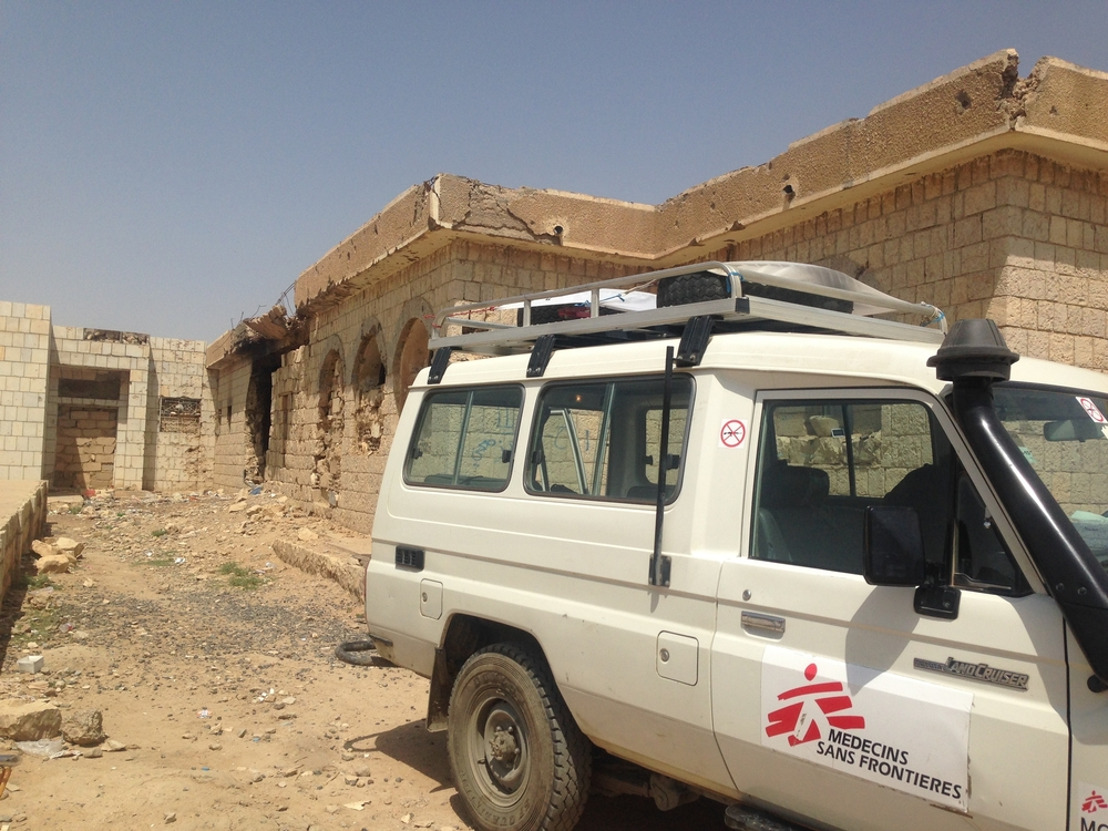 It has been 20 years since the start of the so called War on Terror. Doctors Without Borders (MSF) frontline staff have seen how this ‘War on Terror’ has impacted communities and often decimated our ability to reach those most in need.  MSF released a public briefing paper based on research among frontline MSF workers in some of the most impacted counterterrorism environments of Nigeria, Afghanistan and Iraq. The perspective of frontline workers has all too often been neglected in the debates around counter-terrorism and its impact. What we were told is haunting. Working in war is already dangerous and hard. Working in counter-terrorism environments, “adds salt to the wounds”, said one of our frontline colleagues.

For frontline workers the consequences of the ever-expanding war on terror have been brutal. MSF staff reported to us how they are beaten, harassed, insulted and accused of ‘supporting terrorists’ while carrying out their medical activities at the gates or in the wards of hospitals or in ambulances on the road. They are expected by security forces to refuse patients based on who could be considered a ‘terrorist’. Armed groups are often hostile to our teams and in some cases only tolerate us if we are not seen as too close to the government. The governments fighting these groups permit or block medical care according to their military objectives. This control that is wielded over us generates suspicion from armed groups. Both have attacked us when we are perceived as helping their enemies.

As a result, more often than not, we fail to reach the most vulnerable on the frontlines.

For many states, the expansive powers they can award themselves by designating the enemy as a ‘terrorist’ has been too good to pass up. Following Russia’s example in Chechnya, the U.S. and their allies, through its initial wars in Afghanistan and Iraq, together with Israel in Gaza and the West Bank, have blazed a trail for others to follow. The wars in Cameroon, Mali, Mozambique, Nigeria, Syria, Yemen and countless others are now fought against a terrorist designated enemy. Every-one is someone’s ‘terrorist’.

In these environments, MSF frontline workers have witnessed patients being arrested from hospital beds and health facilities being targeted or destroyed in indiscriminate bombing campaigns that often don’t bother to distinguish between those who take direct part in hostilities and those who don’t. These two categories are superseded by a blanket criminal suspicion, leaving those who simply find themselves in an area under the control of a ‘terrorist’ group stripped of all protection. Civilians are placed under endless siege or directly attacked. Aid is blocked or channelled according to military priorities, not humanitarian need.

This is justified by those fighting counter-terrorism wars, or its consequences are simply overlooked, because in such wars, ‘terrorists’ are conveniently not considered armed opposition groups to whom international humanitarian law applies. They are rather ‘criminals’ that can be eradicated through ‘law enforcement operations’. This brings the international laws of war up against counter-terrorist laws at home. By creating a grey zone between these two sets of laws, states create an opportunity to loosen the shackles on their military operations. This isn’t an abstract problem for our frontline workers; providing assistance to the wounded and sick is protected under the international law of war, but it is often criminalised in domestic counter-terrorist legislation.

Usually the obstacles to our work can be overcome by negotiating our access and acceptance with all parties to a conflict. MSF has done this in countless wars over our 50-year history. If we are useful and can demonstrate that we haven’t taken a side in the conflict, we can sit down and often we can reach an agreement with both governments and armed opposition groups to be able to work safely. However, counter-terrorist environments apply an extreme version of the ‘with us or against us’ logic. Our teams are prevented from talking to all sides in the conflict, either because the government prohibits it or because the armed groups don’t trust us.

Instead of states recognising the consequences of counter-terrorism on frontline workers and ensuring humanitarian and medical action remains protected in modern conflict, we have seen the unhinged proliferation of the War on Terror language and logic.

We urgently need to see changes in how humanitarian workers and the communities we try to reach are treated in these wars. We need to be able to treat patients based on their needs alone, without the fear of repercussions. Our health facilities need to be spared from any kind of military and security operations. The communities in which we work need to be treated as civilian populations, and protected, not pronounced as supporters of terrorists and decimated. We need to be able to talk to whoever has the capacity to harm us or facilitate our access to the most vulnerable, without being accused of ‘supporting terrorism’.

Impartial humanitarian organisations need to be exempted from being targeted by the legal regimes and military tactics that have come to define the War on Terror. The threats, harassment, assaults and violence against our patients and the medics that treat them needs to stop. Impartial humanitarian action cannot continue to be the collateral damage of counter-terrorism.