Today, more than 1000 activists from the Fix the Patent Laws campaign will march to the Department of Trade and Industry (DTI) in Pretoria. They are demanding that the DTI take urgent steps to fix South Africa’s outdated patent laws so that everyone can get the medicines they need.

“Currently people are suffering and dying because medicines for cancer, hepatitis, tuberculosis, mental health and many other diseases are too expensive,” said Nkhensani Mavasa, National Chairperson of the Treatment Action Campaign. “While we won the fight for first line HIV medicines, we lost the battle for almost all other medicines.”

Almost 15 years after the signing of a critical international agreement (the Doha Declaration on Public Health) that gave countries the ability to change their laws to incorporate public health safeguards, South Africa has yet to write these safeguards into our national laws. By contrast to the chronic delays in South Africa, countries like Argentina, Brazil and India have actively used these WTO-sanctioned health safeguards to protect the health of their citizens. In addition, a major United Nations report published last week strongly recommended that countries make full use of these health safeguards available under international law.

After years of advocacy, the South African government finally committed to reforming South Africa’s patent laws in a draft National Policy on Intellectual Property published in 2013. Yet three years later, nothing has changed and many people still suffer unnecessarily. In July 2016, Cabinet approved a new Intellectual Property (IP) Consultative Framework for South Africa. The framework now presents a new process for reforming our patent laws. At today’s march to the DTI, the Fix the Patent Laws campaign will hand over a detailed submission of recommendations on this consultative framework.

“The government has a moral, legal and Constitutional obligation to ensure that everyone can access the medicines they need – yet 15 years down the line and we are still putting the profits of industry before the lives of the people,” says Cassey Chambers, from the South African Depression and Anxiety Group (SADAG).

Without these reforms, many medicines in South Africa will remain unaffordable or unavailable. Entecavir – a chronic medicine to treat hepatitis B – is unavailable in the public sector due to its cost. It is available in the private sector at over R5 500 per month, while in comparison, it is available in India at R480. Celecoxib – which treats pain in patients with rheumatoid arthritis and osteoarthritis – is 80 per cent more expensive in South Africa than India.

“The Fix the Patent Laws campaign is launching a ground breaking report (“Patent barriers to medicine access in South Africa: A case for patent law reform”) that illustrates nine medicines in South Africa, including entecavir and celecoxib, that are either priced out of reach, or have faced shortages as a result of patents. The government must understand the effect that delays in reform have on people’s lives,” said Claire Waterhouse from Doctors Without Borders (MSF).

Coalition grows to include 31 patient groups

Today’s march marks the expansion of the Fix the Patent Laws coalition to include 14 further member organisations from the Cancer Alliance. The expanded coalition of 31 organisations represents public and private sector patients in South Africa seeking treatment and care for a range of cancers, mental illnesses, diabetes, and other non-communicable diseases - as well as tuberculosis, HIV and sexual and reproductive health.

“Medicines for cancer are exorbitantly priced. Many aren’t available in the public sector and even private medical aid schemes don’t want to pay for them,” said Salomé Meyer from the Cancer Alliance. “We joined the campaign because we think it is reprehensible that people cannot access life-saving medicines. The South African government must stand up to the pressure of the multinational pharmaceutical industry and urgently amend these laws.”

The report is available here: http://bit.ly/2d3TNzs

The Fix the Patent Laws today launched a new medicines report that outlines nine specific medicines that people have struggled to access as a result of patent barriers. Two of the people in the report will be on the march and available for interview – Tobeka Daki who is living with HER2+ breast cancer and Thandi Shabangu who is living with HIV.

The submission of the Fix the Patent Laws campaign is available here: http://bit.ly/2ddGB9R

The timeline is available here: http://bit.ly/2dwlRyv

About the Fix the Patent Laws Campaign:

The Fix the Patent Laws is a joint coalition of 31 patient groups, including: Advocates for Breast Cancer, 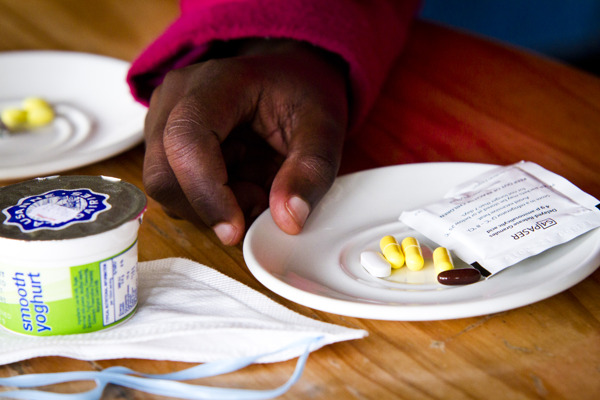