Today Doctors Without Borders (MSF) shares with you two FRESH TESTIMONIES from survivors of Boko Haram attacks nearly a month after we raised alarm on the critical health and nutrition situation in Nigeria’s Borno State.

The two, describe their struggles and the dire humanitarian conditions prevailing in Borno State where almost 500,000 displaced people are in extreme need of food, water and shelter.

For nearly a year now, many towns and villages around Borno State have been cut off from the outside world while under the control of Boko Haram. They have had no access to food and have had very little or no medical care at all, resulting in severe cases of malnutrition, measles and high mortality rates.

Husseina’s husband was killed by Boko Haram, while Fatima sought refuge in Mairi Kuwait after her village was attacked by Boko Haram. She had to walk for eight hours to come to hospital with her child, because she cannot afford transportation.

MSF Southern Africa launched a NIGERIA EMERGENCY appeal to raise funds in support of expanding our medical emergency relief work in Borno State. We call on South Africans to donate via: 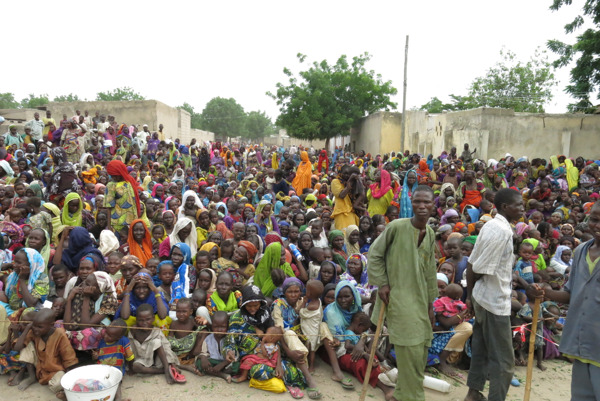