Friday, August 11, 2017 — Hundreds of people in a camp in northeastern Nigeria have been infected with hepatitis E after the disease spread from neighbouring Niger. The highly contagious disease has spread quickly through Ngala camp due to a combination of poor living conditions and flooding. MSF medical coordinator Nicoletta Bellio describes the situation in the camp, which shelters some 45,000 people who have fled violence stemming from the conflict between Boko Haram and the military.

“The situation in Ngala is very worrying. The onset of the rainy season has caused repeated flooding in the camp and water gushes across pathways, latrine holes and into people’s shelters. When it rains, the whole camp gets covered in mud and dirty water. This is a recipe for spreading bacteria and disease – particularly as people don’t always use the latrines that have been installed in the camp, so wastewater washes out everywhere.

There have been more than 400 cases of hepatitis E in the past two months and we have treated 170 patients at our hospital, so it’s no surprise that an outbreak of hepatitis E has been declared.

Generally people recover from hepatitis E if they receive treatment, but the disease can be very dangerous for pregnant women and their unborn babies. Hepatitis E leads to high rates of spontaneous abortions and stillbirths, as well as babies being born prematurely. It can also cause severe haemorrhages in mothers, both during childbirth and after giving birth.

In the past two months, four pregnant women in Ngala camp have died of complications linked to the disease, and that is four too many. Something as simple as soap and clean water could have prevented these deaths.

Our health promotion teams are working with the community to clean the camp of dirty water and waste. We have also distributed soap and chlorinated the water supply, although chlorine is less effective against hepatitis E than it is against cholera, for example. Other humanitarian organisations have also worked to improve the water supply.

The rains will continue for several months, and we fear that this could mean more cases of hepatitis E or, even worse, an outbreak of cholera. If this happens, Ngala’s remote location and the security situation in the area will make it very difficult for us to respond. In fact it would be a disaster.”

MSF has been working in Ngala camp since October 2016 and currently runs a hospital providing inpatient and outpatient treatment, malnutrition treatment and maternity services. 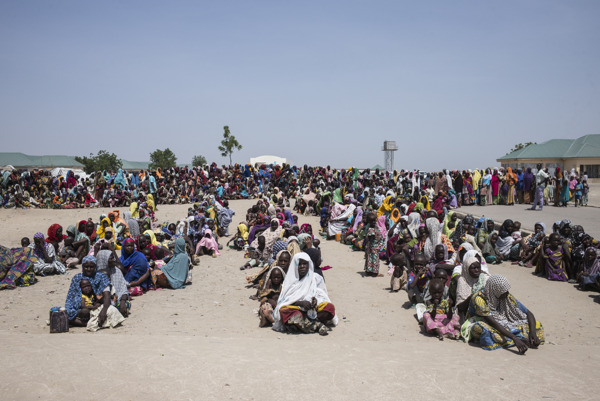