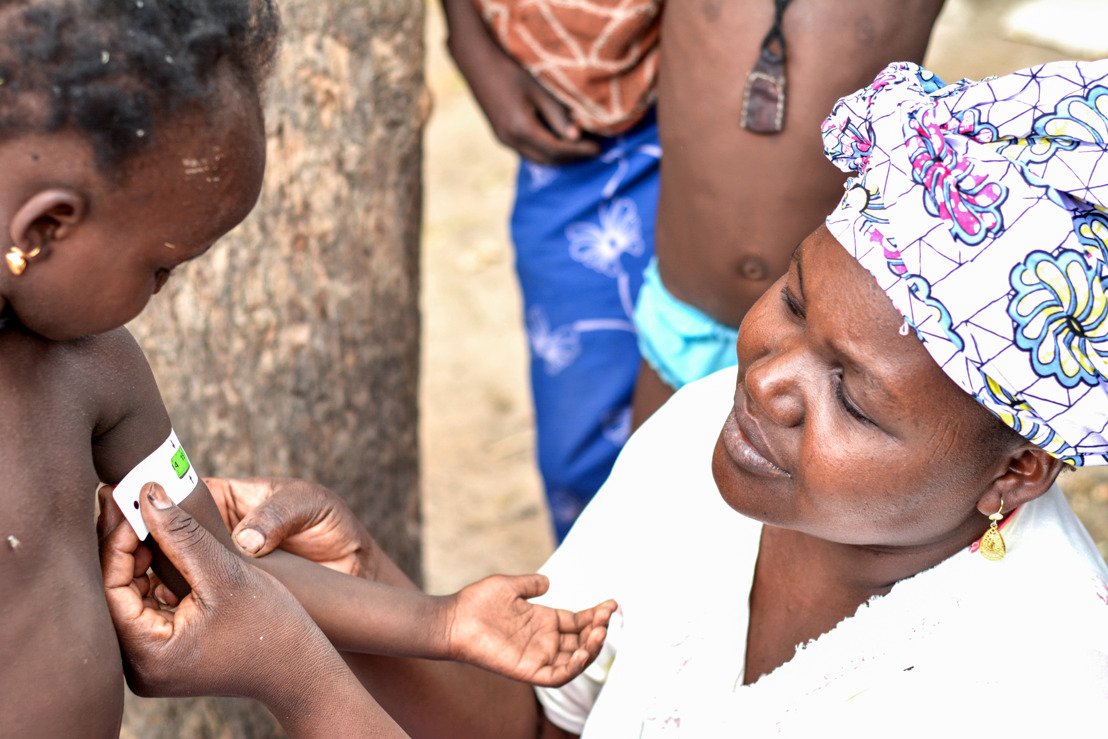 What is meant by “simplified approaches”? How much progress has been made with their deployment in Niger?

There are several key steps taken towards simplifying the way malnutrition is diagnosed and treated, particularly in Niger which has taken many initiatives in this direction. First of all, the introduction of ready-to-use therapeutic foods has made it possible to treat much more children and outside the hospital since the mid-2000s. The focus on prevention has been another recent milestone, including increasing year-round access to paediatric services and involving families and community health workers in the diagnosis and treatment of malnutrition.

Yet the overall acute malnutrition rate in children under the age of five years remains above the emergency threshold of 10% and, every year, an average of around 400,000 children are treated for severe acute malnutrition in the country's health facilities. Responding to this chronic emergency that affects such huge numbers of children requires what we call simplified approaches, i.e. adapting nutrition protocols and programmes to be able to extend treatment to more malnourished children while maintaining quality of care. There isn’t one single simplified protocol, but rather a series of approaches that have been trialled in research or during responses to emergencies.

Niger's current national protocol for managing acute malnutrition follows the World Health Organisation’s standard recommendations that set out three criteria for assessing the nutritional status of under five-year old children—weight-for-height ratio, MUAC (mid-upper arm circumference) measurement, and presence of oedemas (swellings brought on by an accumulation of fluid). Several organisations, NGO Alima for example, have carried out research on simplifying and rationalising the criteria in the Sahel, and more is in progress. The results of the research on using the MUAC (i.e. under 125mm) measure and presence of an oedema as the criteria for diagnosing acute malnutrition are encouraging, MSF and other organisations would like to see Niger’s national protocol adapted to these two criteria, instead of the current three.

First off, the mid-upper arm circumference (MUAC) tape is easier and faster to use than a height gauge and weighing scales. It also opens up screening to families and communities, which enables more children to benefit from it. Diagnosing greater numbers of malnourished children means earlier and more comprehensive treatment in order to be more effective in preventing children's health from deteriorating and avoid the need for hospitalisation. And secondly, studies on the correlation between anthropometry and mortality have shown the MUAC to be a more accurate measure than the weight-for-height ratio for detecting children at the highest risk of dying who are the principal focus of programmes in nutrition emergencies, like the ones seen during the seasonal peaks in the Sahel.

But, adapting a protocol is a long-term process that must be enacted before the seasonal peak. It also involves multiple stakeholders—national ministries, UN agencies, institutional donors, etc. The process has taken several years already, but is still not finalised. There are also unresolved issues and several stakeholders, such as Niger’s Department of Nutrition and the World Food Programme, are showing some reluctance. Simplifying isn’t as simple as it sounds!  And, on top of all that, there’s the Covid-19 pandemic that’s disrupting the entire health sector.

In practical terms, what would be the potential advantages and disadvantages of moving to a protocol using only the mid-upper arm circumference and presence of oedemas for diagnosing malnutrition in children in Niger?

As I said earlier, the principal advantages are facilitating and opening up screening and management of acute malnutrition while delivering quality treatment and ensuring children at the highest risk of dying are provided care. Treated at an earlier stage, malnourished children are more likely to recover and avoid complications that would otherwise result in them being admitted in critical condition to hospital. And, more and more mothers are using MUAC bracelets to screen their children and check for deterioration in their nutritional status. Mothers and health systems using the same indicator would represent a step forward, as families would have a more proactive means of monitoring their children’s health and be able to take the necessary steps in the case of an alert.

Implementing a simplified protocol primarily based on the mid-upper arm circumference (more or less than 125 mm) would double, or even triple, the number of children able to benefit from nutrition programmes. On the one hand, this would be a distinct advantage, as all these children need food supplements, but on the other, a major disadvantage, because it means having more drugs and ready-to-use therapeutic foods. So, in terms of supply and funding, there are some very concrete challenges at a time when health centres regularly experience supply shortages and international donors such as ECHO appear less and less inclined to fund paediatric and malnutrition programmes in the region.

The risk of malnourished children, who would have been admitted with the existing protocol, slipping through the net with the new, more simplified, protocol, needs to be assessed. Preliminary observations of our medical-nutritional programme in Madarounfa in Maradi district in 2019 suggest it would create no significant gaps, but this is something that remains to be confirmed. The lack of conclusive studies in the region goes some way to explaining the reluctance to make changes to the existing protocols and, regrettably, due to the Covid-19 pandemic, two studies that were underway have been put on hold.

How is the COVID-19 pandemic impacting the discussions on simplifying the management of malnutrition? And, more generally, how does it affect the current nutrition situation ?

There’s still a lot of uncertainty about how Covid-19 affects malnourished children with weakened immune systems. It’s also hard to predict to what extent the pandemic and the measures taken to combat it will exacerbate the upcoming malnutrition and malaria peak. Niger’s authorities estimate that the number of children suffering from severe acute malnutrition will increase 30% this year because of the collateral damage the pandemic is causing to food security and health care services.

The economic downturn and surge in prices (for example, in May 2020 millet cost 11% more and sorghum 9% more than in May 2019) have resulted in even more financial instability for some families in Niger. The pandemic has also disrupted health systems, and the medical activities essential to reducing the severity of the seasonal malaria peak are having to be re-organised. Chemoprevention campaigns are a case in point. Often combining screening for malnutrition, these require administering anti-malarial drugs to under five-year old children once every month during the rainy season to help them get through the months of the year most critical to their health. This year, the campaigns will have to avoid bringing together large gatherings of people in places where there are cases of coronavirus and adopt a door-to-door strategy, which take longer and necessitate more resources in terms of personnel and logistics. Also, with most of the preparations being made by videoconference—a means of communication clearly not accessible everywhere in Niger—, and no let up in the global pressure on supply chains and transport, the conditions for setting up the activities so vital to mitigating the ravages of malnutrition and malaria are extremely challenging.

Regarding more specifically the issue of the protocol for screening and managing acute malnutrition, there’s another benefit to simplifying it by primarily using the MUAC measurement during the Covid-19 pandemic. As medical facilities are having to reinforce hygiene and infection prevention and control procedures, measuring children’s weight-for-height ratio increases the use of various tools, which in turn increases the risk of transmitting the virus. Whereas height gauges, weighing scales and other instruments must be disinfected between each child, the MUAC tape can be used by the person accompanying a child in the presence of a health worker, which not only saves time, but also helps limit the risk of infection. For example, in MSF's medical-nutritional programme in Madarounfa in 2019, we delivered care to approximately 17,000 children, examining each of them once a week for over a month. We weighed kids 85,000 times. Imagine how much time we’d have saved if we’d used MUAC tapes to monitor their nutritional status.