After years of negotiation with pharmaceutical giant Pfizer to lower the price of the pneumonia vaccine, the corporation finally bowed to pressure from humanitarian organisations like Doctors Without Borders (MSF) and reduced the price of its pneumococcal conjugate vaccine, Prevenar 13 (PCV13) to U$3.10 (approx. R45) per dose per child for humanitarian organisations working in emergency settings.

Pneumonia is the leading cause of childhood death, killing almost one million children annually and yet only Pfizer and GlaxoSmithKline (GSK) are the two pharmaceutical corporations producing the vaccine.

“This is definitely a step in the right direction and will help to protect millions of vulnerable children around the world and in MSF projects,” says Jason Cone, MSF executive director in New York. “The details of Pfizer’s offer are still to be determined, so we look forward to hearing more as they solidify their commitment. We now hope that Pfizer will extend its efforts to developing countries by offering a lower price to all governments which still can’t afford to protect their children against pneumonia.”

For more information and interview requests

About Doctors Without Borders (MSF) Doctors Without Borders/MSF is an independent international medical humanitarian organisation working to bring emergency medical care to people caught in conflict, crises and disasters in more than 65 countries around the world including South Africa. We rely on the regular generous donations from individual donors to support our work.

As part of its efforts to see millions of children protected against the deadly pneumonia virus and for the first time ever, MSF in March, challenged a vaccine patent in the Indian courts. For years MSF has tried to negotiate a lower price for its own medical projects for years with Pfizer and GlaxoSmithKiline (GSK), but has never succeeded.

We shared with you an easy to understand Q+A which explains the logic of MSF’s ‘patent opposition’ to prevent US pharmaceutical company Pfizer from getting a patent on the pneumococcal conjugate vaccine (PCV13), so more affordable versions can become available to developing countries and humanitarian organisations.

Indian manufacturers have already announced that they could produce biosimilar pneumococcal vaccine for a fraction of the current price.

Indian law allows for patent opposition and rigorous examination of patents. Proposed patent law reforms currently underway in South Africa include such mechanisms to which could tip the scales toward public health with affordable medicines and vaccines instead of in the favour of industry profits.

Current South Africa intellectual property laws allow patents to be granted easily without substantive examination, it places serious limits on the country’s ability to access more affordable products, or to have leverage in tech transfer agreements.

Read more about how South Africa can Fix the Patent Laws.

If this opposition in India is successful, South Africa stands to benefit even more since it could provide BioVac, with more options for sourcing raw material for vaccine manufacturing, once biosimilar options for PCV. 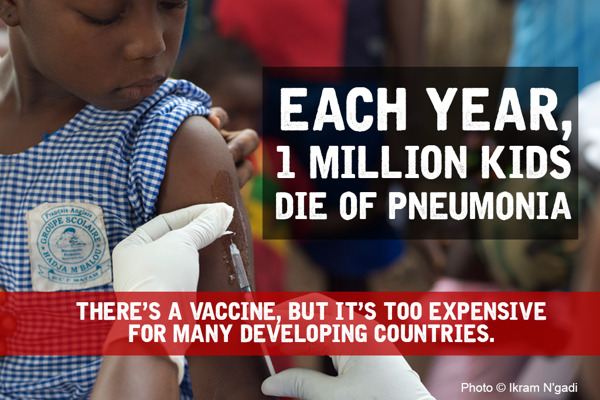