Paris/New York, February 4, 2016—The routine use of antibiotics in the treatment of severe acute malnutrition has minimal impact on the likelihood of recovery, according to a major study of more than 2,000 children by the medical humanitarian organization Doctors Without Borders (MSF) and its research arm Epicentre, published today in The New England Journal of Medicine.

The study, conducted in Madarounfa, Niger, between October 2012 and November 2013, was a double-blind, placebo-controlled trial of 2,399 children with uncomplicated severe acute malnutrition.

“There was no significant difference in likelihood of nutritional recovery with amoxicillin versus placebo,” said Myrto Schaefer, MSF deputy medical director. “This finding challenges the prevailing view that routine antibiotic therapy to treat malnutrition is always necessary or beneficial.”

However, there is very little evidence to support the continued use of antibiotics for uncomplicated severe acute malnutrition for children in community-based treatment.

Only one previous randomized trial has examined the use of antibiotics in community-based treatment of severe acute malnutrition. This important study from Malawi in 2013 called for antibiotics use, but the children in the study were considered high-risk, with a high burden of HIV and a type of malnutrition known as kwashiorkor, which made it very difficult to apply the findings to a more general population, said MSF.

Driven by numerous factors, including imprudent antibiotic use, resistance to antibiotics can result in infections that are especially difficult and costly to treat. In the MSF and Epicentre study setting in Niger, routine use of antibiotics for the treatment of severe acute malnutrition accounts for 15 percent of all antibiotic use among children younger than five.

“Given the cost and public health consequences of emerging antibiotic resistance associated with routine antibiotic use, current practices in the treatment of malnutrition should be questioned and studied further,” said Rebecca Grais, director of research at Epicentre. “This study shows that in certain settings we can omit antibiotics from standardized treatment without compromising a child’s ability to recover. In fact, in places where the medical infrastructure is adequate, public health authorities could consider eliminating the routine use of antibiotics in malnutrition treatment.” 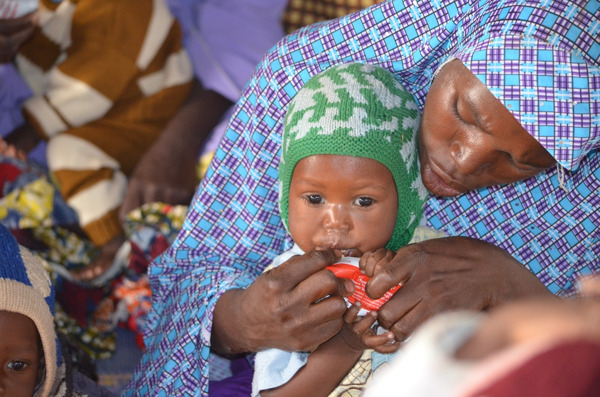