The World Health Organisation (WHO) yesterday released its annual Global TB Report a week before heads of state will convene in New York at the UN’s first-ever summit on tuberculosis (TB), the UN High-level Meeting on TB on Wednesday, 26 September.

The report highlights sluggish global progress on TB, indicating that countries will not be able to meet their targets in the ‘End TB’ strategy at this slow pace. TB remains the world’s leading infectious disease killer, taking 1.6 million lives in 2017 (compared to 1.7 million in 2016), with 10 million people developing TB in 2017 (about 10.4 million people had TB in 2016).

While these global figures are shocking, South Africa saw a reduction in the estimated number of TB-related deaths.

This is illustrated in table 3.2 of the report; an estimated 78,000 people died of TB in 2017, fewer than estimated for the previous year, 56,000 of those deaths were people co-infected with HIV/TB, and 22,000 were HIV negative people. TB treatment coverage was estimated at 68%

The reduction in the number of TB deaths brings South Africa closer to being on track to meet globally agreed TB mortality reduction target of 35% for 2015 to 2020.

The WHO will also release new treatment guidelines for DR-TB this year, which will recommend using the newer drug bedaquiline as part of the core treatment regimen.

“While mortality from TB is showing signs of decline it remains the leading cause of death in South Africa. Most of the decline comes from reduced mortality among those with HIV, who are at disproportionately high risk of death from TB, illustrating the importance of maintaining and increasing ART scale up to help further reduce mortality from TB.

The intertwined nature of the HIV & TB epidemics highlights the importance of ensuring that the public health system in future responses to both diseases in a more integrated way. The country has rightly focussed on finding the missing cases as a priority and to maintain momentum in the fight against TB treatment coverage needs to improve further and new case finding strategies, including new screening strategies, are needed to ensure that all those with TB are identified and placed on treatment quickly.” 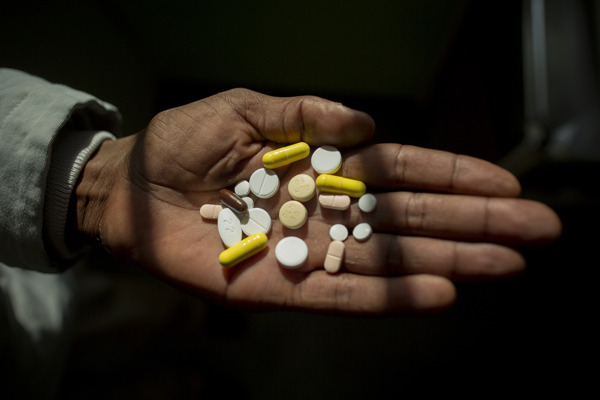