October was a ‘merciless’ month according to Doctors Without Borders (MSF) search and rescue teams working in the Mediterranean Sea to help hundreds of distressed people still seeking safe passage and after discovering the bodies of many drowned at sea.

With a record 4,200 people dead or missing so far in 2016 in the Mediterranean Sea, MSF once again calls on the European Union and its member states to reverse their deterrence policies against refugees and migrants arriving at their borders to avert the these unnecessary deaths.

“Rather than focusing on deterrence measures and externalisation agreements, Europe should invest much more in reception according to EU standards and develop an approach designed to address the medical, humanitarian and protection needs of people arriving at its borders,” says Nicholas Papachrysostomou, coordinator aboard the Dignity I search and rescue boat. “They must respect the right of people to seek asylum and they must realise that it is urgent to start putting in place mechanisms for legal and safe passage.”

MSF believes that nobody deserves to die anonymously at sea or to risk their lives in search of refuge when undertaking perilous journeys in flimsy boats.

Since April 21, 2016, when MSF’s search and rescue operations restarted our teams on board the Dignity I, Bourbon Argos and Aquarius   have rescued a total of 18,000 people.

Thousands of people from Liberia, Mali, and Nigeria among others have risked their lives since last year, fleeing conflict, poverty and instability.

Stay in touch as very soon we’ll bring you news of an MSF Southern Africa fieldworker from Cape Town, who recently started working on one of the rescue vessels.

About Doctors Without Borders (MSF) Doctors Without Borders/MSF is an independent international medical humanitarian organisation working to bring emergency medical care to people caught in conflict, crises and disasters in more than 65 countries around the world including South Africa. We rely on the regular generous donations from individual donors to support our work. 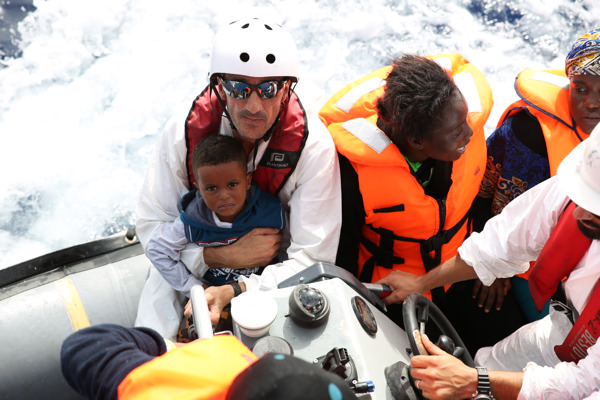