Please find below an update on the crisis in east Aleppo where a few more hospitals have been damaged following attacks since 15 November. Please see a testimony from a doctor working in east Aleppo on the situation on the ground HERE.

Two weeks ago we shared with you another update on the number of children severely affected by war in east Aleppo. Since September 22, 136 children have been killed, while 468 have been wounded. Find the update HERE:

The only specialised paediatric hospital in besieged  east Aleppo has come under attack for the second time since airstrikes resumed on 15 November, destroying three floors and leaving it out of service. Three other hospitals have also take direct hits, resulting in casualties amongst staff and patients, and leaving two key surgical hospitals and the largest general hospital out of service, according to international medical organisation Doctors Without Borders (MSF).

“This is a dark day for east Aleppo. The severity of the bombing has inflicted huge damage on the few hospitals working around the clock to provide medical care,” says Teresa Sancristoval, MSF emergency coordinator. “The attacks have destroyed entire hospitals, electric generators, emergency rooms and wards, forcing them to stop all medical activities. It is not only MSF that condemns indiscriminate attacks on civilians or civilian infrastructure, including hospitals, but also humanitarian law. The message is simple and I don´t know how to say it any louder: stop bombing hospitals.”

“The children´s hospital has sustained damage for a second time from airstrikes," says Luis Montial, MSF deputy head of mission for Syria. “This is the only hospital exclusively for children in the besieged area and it is now out of action. The consequences of indiscriminate bombing are very clear: more lives lost, medical services depleted and insurmountable suffering for people trapped by the siege. What is not clear is how much longer the health system, already on its knees, can carry on functioning unless the bombing stops and medical supplies are allowed in.”

MSF has been supporting eight hospitals in east Aleppo with medical supplies since 2014. MSF also runs six medical facilities across northern Syria and supports more than 150 hospitals and health centres across the country, many of them in besieged areas. Despite our best efforts, there are many areas – including west Aleppo – where we are currently unable to work, but we continue to push to provide humanitarian and medical aid in these areas. 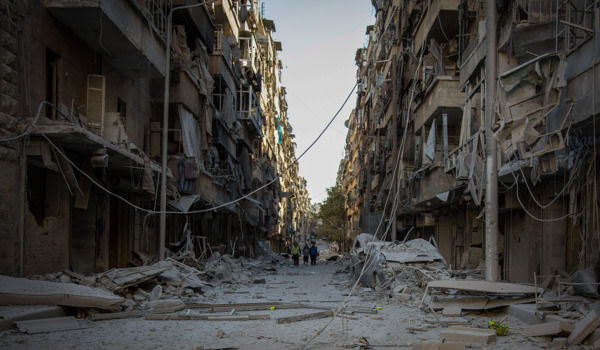