Monday, September 16, 2016 – A team of Doctors Without Borders (MSF) fundraisers will wind up its three week tour of KwaZulu Natal by visiting the Liberty Midlands Mall on the Gheda courts in Pietermaritzburg from 20 to 24 September to raise awareness and funds for the organisation’s work in South Africa and the rest of the world.

“It is always exciting to come to KZN because of the huge support we always receive from there. As we embark on this journey again, we are calling on the residents of Pietermaritzburg to once again get involved with us as ongoing supporters, to donate and join the MSF family so we can do even more to help those people in need of medical care around the world and to support our work in South Africa,” says Kelly Barlow, the MSF Southern Africa travel teams co-ordinator.

During the tour, shoppers at Liberty Midlands Mall, will get a chance to learn more about the work MSF does in South Africa and elsewhere including the emergency medical and psychosocial care offered to victims of sexual violence in Rustenburg, the HIV project in Khayelitsha which provides specialised treatment for children, and MSF’s HIV–TB programme covering Mbongolwane and Eshowe in KZN.

The MSF fundraising team has already visited the Westwood Mall in Westville and also the University of Kwa Zulu Natal Medical Campus and the Pavilion Mall where they hosted a displacement camp exhibition which depicted the horror that people who are forced to flee their homes to seek protection elsewhere face. 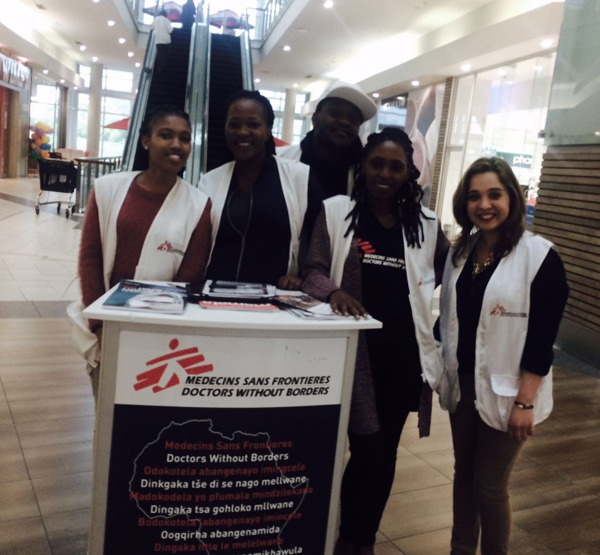