In Zimbabwe, cervical cancer is the leading cause of all cancer-related deaths, and the most frequent cancer among Zimbabwean women. Each year, an estimated 2270 women are diagnosed with cervical cancer and 1451 die from the disease.   HIV and AIDS contributed 60% of cancers in Zimbabwe according to the Zimbabwe National Cancer prevention and control strategy 2013-2017, and provide an opportunity to integrate HIV and cervical cancer services.

For women who develop cancer, the available radiography and laboratory services are mostly in main cities, including Harare. The high costs of biopsies, surgery, and treatment mean that many women—especially in rural areas—cannot afford or do not have access to diagnosis and treatment. They often arrive at hospitals when they already have advanced cancer.

MSF has been supporting the Zimbabwean health ministry since 2014 to offer a range of simple but effective cancer screening and early treatment strategies at district and primary health care level within existing reproductive and HIV health packages.

These interventions, namely VIAC, cryotherapy and LEEP are safe, non-invasive and very effective.

Read more about these approaches: www.msf.org.za/cervical-cancer

Read more about this project: www.doctorswithoutborders.org/article/preventing-cervical-cancer-zimbabwe

Knowledge of cervical cancer is key!

Knowledge of the disease is increasing among Zimbabwean women. According to the 2015 Zimbabwean Demographic health survey, 79 percent of women report having heard about cervical cancer. However, only 13 percent of women have ever had a cervical exam. And women in urban areas are three times more likely than their rural counterparts to report ever having a cervical exam, at 21 percent and 7 percent, respectively.

Many misperceptions about cervical cancer remain among women. Some are ashamed because HPV, which causes cervical cancer, is sexually transmitted. For others, the link with HIV also means there is stigma.

In Gutu district, nurses run health education sessions and health promoters travel to surrounding villages to increase awareness of the disease and the importance of prevention. Without information on the disease and how to access care, women can’t protect themselves from the risks they face.

Since 2014, MSF has worked with the Zimbabwean health ministry to provide a range of cervical cancer prevention strategies at district and primary healthcare level withing existing reproductive and HIV health packages. Today, in Epworth Polyclinic in Harare, women living with HIV are provided with visual inspection with acetic acid (VIA) screenings, cryotherapy and LEEP procedures.in 2016, 2305 women were screened, with 353 cryotherapy and 131 LEEP procedures provided. In Gutu province, MSF supports the provision of VIA screenings and cryotherapy in five centres for all women of child-bearing age. Since starting in 2016, more than 6,500 women have been screened, with 558 cryotherapy treatments provided.

MSF also works with national health ministries to provide screenings and early treatment in Kibera, Kenya (VIA and referrals for treatment); Chiradzulu, Malawi (VIA, cryotherapy and referrals for LEEP), Philippines (cryotherapy) and Swaziland (VIA, cryotherapy, referrals for LEEP). MSF has also supported HPV vaccination campaigns for schoolgirls in South Africa (2015) and in impoverished areas of Manila, Philippines (2017), and plans to vaccinate over 10,000 girls (9-14 years) in Gutu province, Zimbabwe in 2017.

MSF only provides screening & treatment of pre-lesions of cervical cancer and is not directly involved in the treatment of invasive cancer. However, in certain situations, like in Zimbabwe, MSF assists with management of referrals, biopsies and surgery. 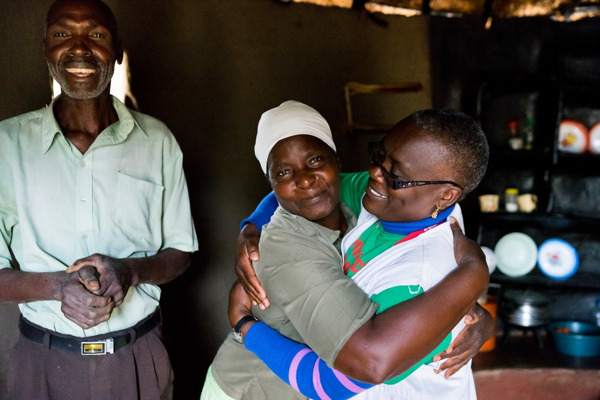