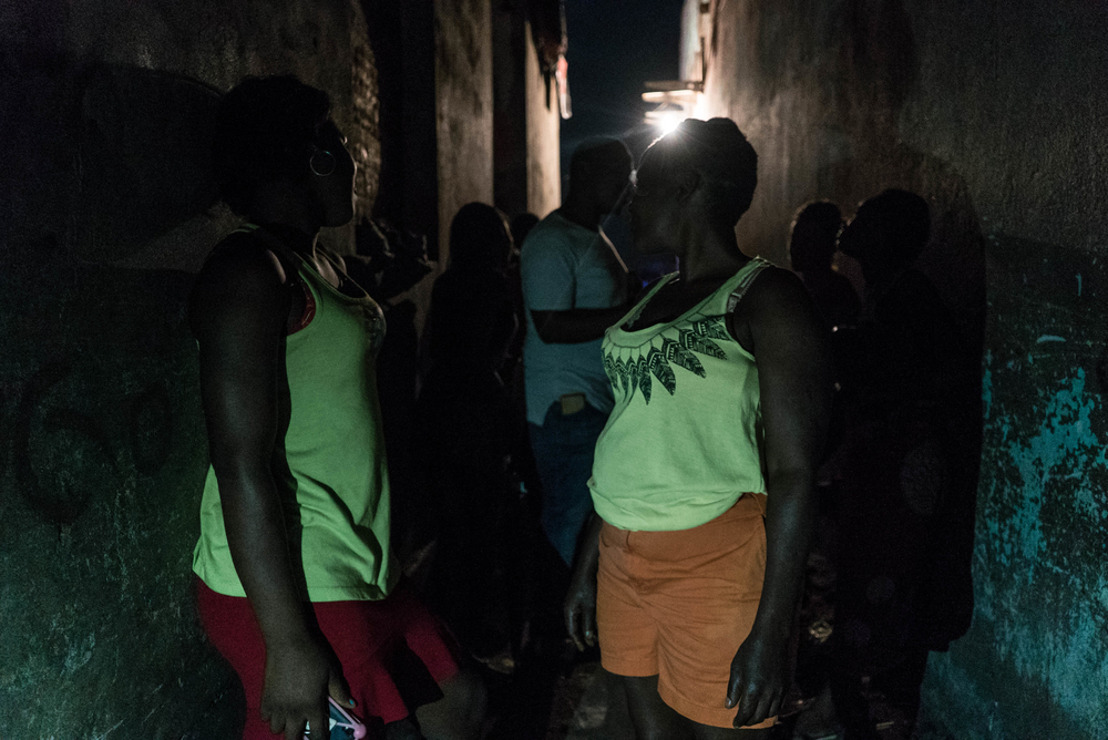 Monday, November 21, 2022 — BEIRA – Following a series of brutal murders seemingly targeting women in the city of Beira, Mozambique, medical humanitarian organisation Doctors Without Borders (MSF) expresses shock and alarm at the killing of two sex workers who were part of MSF's community programme with key populations[1], which include sex workers, men-who-have-sex-with-men and at-risk youth who are often isolated, criminalised or subjected to stigma, discrimination, and violence.

“We are outraged at the killings seemingly targeted at highly vulnerable women in Beira. Two sex workers served by our work have been murdered in a matter of weeks. Their peers have identified them as 32-year-old migrant sex worker from Zimbabwe, who leaves behind a 4-year-old daughter and a local 22-year-old Mozambican sex worker, who leaves behind three daughters and a son. Ahead of the “16 Days of Activism Against Sexual & Gender-Based Violence (SGBV)” initiative and the International Day to End Violence Against Sex Workers, we call for an end to violence and greater safeguarding for sex workers,” says Jessie Ashay Kurnurkar, MSF project coordinator in Beira.

Mozambican police are investigating the series of killings in various areas of Beira since September 2022, but fear still grips the communities of sex workers in the port city.

“We’re not living freely,” says *Maria, a sex worker living in Beira. “We’re not leaving our houses anymore. When we do leave, we try to walk in groups. At night, we are not opening our doors for customers because we’re scared, so we’re losing work. How are we going to make ends meet? How are we going to pay rent? We are traumatised. My peer who was murdered left three daughters behind.”

Following the killings, apart from regular project activities in Beira, MSF teams, which include sex worker peer workers, stepped up health promotion activities and trainings on SGBV prevention and care for sex workers and are working with local authorities, notably the police, and non-profit and civil society organisations in Beira. The enhanced efforts include awareness raising activities in partnership with local business owners and broadcasters.

Through MSF’s medical humanitarian work in Southern Africa on HIV/TB, SGBV and migration, our teams have witnessed the intense and chronic vulnerability of women, men and transgender people engaged in sex work. In Mozambique, South Africa, Malawi, and Zimbabwe, our teams have seen how they face extreme violence and exploitation precisely because they survive in the shadows, especially if they are migrants. For as long as sex work remains criminalised and stigmatised, hundreds of thousands of sex workers and vulnerable girls and women in Southern Africa remain at great risk for their physical and mental health.

“Just like other highly stigmatised groups in society, sex workers mostly avoid making themselves visible to authorities and often delay or avoid healthcare services due to the fear of being detected, targeted and rejected,” explains Lucy O’Connell, a sexual and reproductive healthcare nurse and key populations advisor at MSF’s Southern Africa Medical Unit. “We have seen how their preventable and treatable illnesses risk becoming more complex and dangerous because of this cruel reality. We know that sex workers don’t report SGBV or seek treatment after violence because of fear of being victimised again.”

In Malawi, MSF and partner organisations like Sex Workers Empowerment Alliance in Dedza (SWEAD) have seen how sex worker communities and authorities, notably the police, can work together to ensure better safety for sex workers.  “We help sex workers to organise for mutual support and to know their rights. That helps them when approaching police for help for victim support services or when they go to clinics for healthcare. We have a good relationship with police in Dedza and this helps to keep sex workers safer. When they feel unsafe they can approach police for help, even walking with them sometimes,” explains Alice Matambo, SWEAD chairperson.

MSF calls for increased safeguarding of people engaged in sex work in Beira and elsewhere in Southern Africa, as well as the mobilisation of authorities, civil society and non-governmental organisations in the region to advocate for the health and well-being of sex workers.