While the global needs for mental health care are gradually becoming more visible, such needs remain inadequately addressed in Africa, especially among youth. Africa has the youngest population in the world and the highest level of youth displacement, often linked to man-made crises. A lack of services, data and awareness around mental health issues will inevitably further exasperate the situation among African youth.

Marking World Mental Health Day with a focus on children and adolescents, the medical organisation Doctors Without Borders (MSF) seeks to support and provide further attention to this growing issue on the continent.

Children make up more than half of MSF beneficiaries seen in its field projects. Taking care of their mental health wellbeing also means taking care of the future of a continent, where nearly 50 percent of the population are below 18 years old.

Ephraim was only 14 years old when he first attempted to cross the border between Eritrea and Ethiopia. Like many others, he was trying to reach Libya, but he was caught, jailed and beaten along the way. He was then sent back to Eritrea, where he has been thrown in a military prison for one month and three weeks. There, he started to become sick –feeling severe stress and repeated nightmares. He stopped eating, isolated himself and the military finally called his mother.

“When my mother realised that I was not doing well she took me to the holy water for seven days (the traditional remedy for mental health conditions). My symptoms persisted. The only thing I could think about was how to escape again. After two weeks with my mother, I tried to cross into Ethiopia again.”

Three years later, and after several other attempts to leave Eritrea, Ephraim finally reached Ethiopia. He brought few physical possessions. Instead, he came burdened with anxiety and post-traumatic stress disorders resulting from torture, violence and abuse he has faced in the past years. Eventually Ephraim sought help via MSF’s mental health centre in Hitsats refugee camp in northern Ethiopia. Here MSF offers counselling, inpatient and outpatient psychiatric care and a wide range of therapeutic activities, including therapeutic discussions and psycho-education. After receiving treatment, Ephraim eventually took a position with MSF to help other Eritrean refugees contend with mental health conditions

Around 40 percent of the Hitsats camp population is under 18. Half of them are traveling alone or have been separated from their families. In this context, it is essential for such young patients to have a space where they can discuss what they are going through and receives detailed information about their conditions and how to overcome them.

Severe psychiatric disorders usually affect 2 – 3 percent of a population globally, but mental health problems and disorders tend to increase at times due to man-made and natural disasters. In situations of emergencies or crises, mild or moderate mental health disorders rise from 10 percent to anything between 15 and 20 percent and severe mental health disorders increase from 2 – 3 percent to 3 – 4 percent (WHO-UNHCR). For MSF, people on the move are also of particular concern. Often having experienced multiple crises and displacement, this vulnerable population is particularly susceptible to mental stress and disorders.

Mental health prevalence figures are hardly available when it comes to children and adolescents. Two-thirds of countries globally do not have data for mental disorders, according to a 2017 UN report. Even countries that do have data on mental health, the information are often limited and do not include data for children and adolescents. Yet, like Ephraim and other young MSF patients in Hitsats camp and elsewhere, many African youth are in dire need of mental health care, especially those displaced.

Our teams treat a certain number of them in Yumbe, northern Uganda, which potentially hosts the greatest number of refugees in Africa, as primarily South Sudanese have fled a near five-year civil war. Here, 80 percent of the refugees, comprising of women and children, suffer from some form of trauma. According to a survey of nearly 10,000 refugees within the camp by MSF’s affiliate medical research facility, Epicentre, nearly all – 99.9 percent – of the refugees who left South Sudan cite attacks on their village of origin or neighbouring villages as the reason they fled.

In June, MSF Psychiatric Clinical Officer Joshua Muuebembezi received a 14 year-old patient who complained of headaches and dizziness. Muuebembezi quickly realized the boy suffered long-term trauma after rebels abducted him and he lost his family due to the conflict.

“Most of the time he would isolate himself, refused to eat and rarely slept. We are seeing children with behaviour problems – crying by themselves, they don’t want to play with others and have nightmares, among other issues,” says Joshua Muuebembezi, MSF Psychiatric Clinical Officer in Yumbe.

Fortunately, the 14 year-old patient is gradually recovering, Muuebembezi says, having received treatment and re-united with some of his family members within the camp.

Despite the high vulnerability of children and adolescents to mental health issues, they often fall through the cracks in terms of acquiring help. Youth are at times unable to express themselves clearly in comparison to adults and generally lack clarity of their own personal conditions. In the absence of adequate support, MSF Health Advisor María Cristobal says, parents and caregivers face huge challenges both identifying and managing mental health conditions among their dependents.

If childhood trauma is not treated, the chances of adult mental disorders are much higher. According to a WHO report, a healthy mind is fundamental and interconnected with physical health and social functioning. Cases of depression, for instance, increase the chances of the patient acquiring additional illnesses such as hypertension, stroke, diabetes, tuberculosis, among others.

While children may be susceptible to mental disorders they can also recover from these issues faster than adults when provided enough support from caregivers and mental health care when needed, Carreño Glaría said. “However, if children do not receive adequate support, mental health issues can interfere with their development process and have serious long-term effects.”

Taking care of everyone: young and old

Like Ephraim’s mother, caregivers often feel distraught and unable to adequately support youth suffering mental health needs, especially when not in need themselves. Mental health wellbeing and psychosocial support is essential for caregivers as well as the children and adolescents they support. In every age from birth to adolescence, children require care and attachment with continued support - physically and mentally from family, friends and caregivers. Bonds need to be maintained. This is why caregivers also need to be offered a safe space to discuss their worries and symptoms.

Young patients and caregivers are thus at the core of MSF mental health activities in Lake Chad basin, where the conflict between the army and non-state armed groups affects not only Nigeria, but also Cameroon, Chad, and Niger. An important part of MSF intervention in the region is aimed at reducing psychological suffering for people caught in the Lake Chad conflict, most of them being displaced or refugees. To reach this objective, 30 psychosocial staff members have been positioned in the projects of the area (including psychologists, psychiatrists and counsellors). In Diffa, Niger, nine mental health agents are working in a community strategy and 100 community workers have been trained to identify symptoms in the younger ones.

“Many of our patients show symptoms of post-traumatic stress, excessive nervousness, permanent fear, a state of hypervigilance, depression and loss of appetite (both literally and figuratively). In addition to these symptoms, adults also tend to develop a strong sense of guilt that leads to a deterioration of their self-esteem and feelings of isolation.”

When in turmoil, social roles and responsibilities can be blurred –and adolescents are often thrust into more mature responsibilities. Forced to function and support others as adults –adolescents are prone to high levels of stress and anxiety. They lack the emotional resolve and coping mechanisms found in their adult counterparts.

The World Health Organisation (WHO) estimates around 450 million people worldwide suffer from mental disorders, 85 percent of them live in low and middle-income countries. Mental health care affects everyone on the continent –whether facing humanitarian crises or more common stresses found in everyday life.

Yet, according to WHO, resources to prevent, identify and treat mental health problems are very scarce in the African region, with less than 20% of people having access to mental health care. There are critical shortages of qualified professionals for mental health, with just one psychiatrist per one million people and very few psychologists.

The meagre support for mental health in Africa reflects the lack of awareness across the continent. “Sometimes local responses are inadequate or even counter-productive due to a lack of awareness of mental health issues. Most of them have never had experience about mental health. It’s usually the first time for them to go through a complete process of grief,” said Patrick Okori a psychologist working in Yumbe, Uganda. 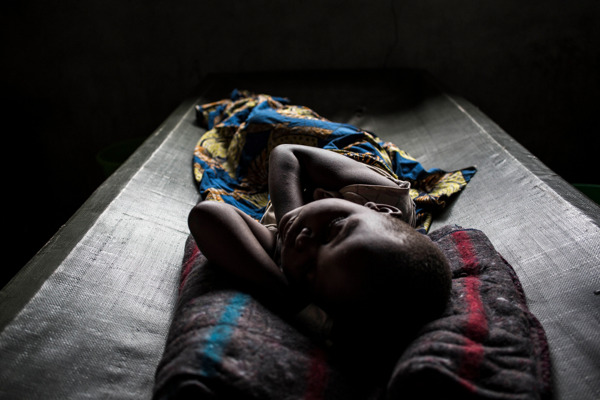