Doctors Without Borders (MSF) Southern Africa invites you to attend screenings of Affliction – a compelling film on the impact of the 2014-2015 Ebola outbreak in West Africa. The screenings will take place during the Encounters Documentary Film Festival in Johannesburg and Cape Town respectively on 5th and the 6th of June, 2016.

Seen through the eyes of the local population, village officials, aid workers, patients and those who recovered; Affliction tells a story of fear and frustration, of stigma and disbelief – but most of all of immense joy and courage for those who recovered from Ebola.

As one of the leading organisations in the fight against Ebola, MSF gave unlimited access to our facilities in Liberia, Sierra Leone and Guinea to the film crew who captured a unique footage.

Please join us for a conversation following the screening with MSF fieldworkers and staff.

Feel free to contact me if you need further information regarding the screening.

The film explores the different aspects of the outbreak as village chiefs, patients, survivors, national and international aid workers talk about the fear and rejection, the stigma, the impact of quarantine, the mortality of health personnel, the failure of the international response, the lack of adequate medical treatment and the complex reality facing those who have survived Ebola. 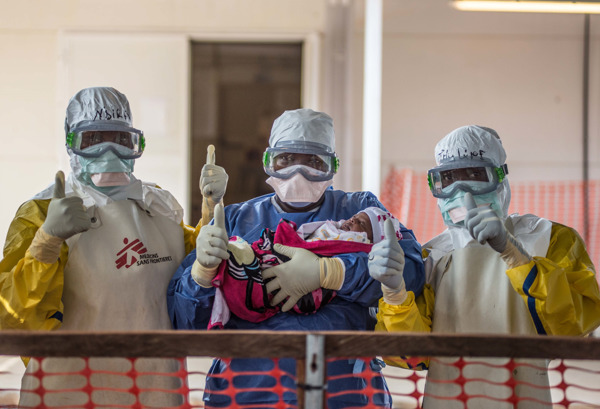