Despite the peace agreement signed in 2015 between the government of Mali and some insurgent groups, the conflict remains active in many areas in the north of the country. Insecurity which limits the presence of humanitarian actors, as well as the lack of state presence in these areas, has resulted in the population having very limited access to basic services, particularly healthcare. Unfortunately, the security threats towards humanitarian actors have been further aggravated by the risk of confusion between humanitarian actors and military actors.

There are currently three foreign military operations in Mali: the United Nations Multidimensional Integrated Stabilisation Mission (MINUSMA), the European Union mission in the Sahel and the French military operation Barkhane, all of them in support of the government and its armed forces and against certain armed groups. Several armed groups are fighting against these operations in the country. In fact, the UN mission in Mali is one of the most attacked missions in the organisation's history.

This foreign response is framed within three different logics: the integration of all objectives (political, military, economic, development and humanitarian) into one agenda; the stabilisation of the context to help the Malian government to extend its legitimacy, and the fight against terrorism. The union of these three logics can have a serious impact on the provision of humanitarian action, which can be confused by the population and some actors as being part of the conflict.

According to the report published by MSF, there are four main risks for humanitarian action in Mali. First, the risk of the assistance being perceived as support for the government’s political agenda. Second, the humanitarian aid can be rejected by the population and groups opposed to this political agenda. Third, and as a consequence of this, humanitarian organisations can be attacked if they are identified as belonging to the enemy. The use of armed escorts by humanitarian workers and the use of civilian vehicles by the military, both common practices in Mali, may increase the likelihood of these attacks. And finally, there is a risk that vital humanitarian aid cannot be implemented on the scale it is needed due to the other three risks, aggravating the needs of the population to be assisted.

“Access to the most vulnerable populations has been a struggle for humanitarian actors since the beginning of the armed conflict. However, the humanitarian sector in Mali has not found a consistent manner on how to effectively react to the current military and political dynamics that subordinate humanitarian action to its interests, putting humanitarian organisations and their work at risk. We cannot resign ourselves to this reality,” explains Mari Carmen Viñoles, MSF’s programme manager for Sahel. “Despite the difficulties, humanitarian action is still possible and feasible today in Mali, and we have to work to keep it that way.”

MSF has been working in northern Mali since 2012, providing medical care to the populations affected by the armed conflict. The organisation is currently working in Ansongo district, in the Gao region, supporting a 48-bed referral hospital and another district health centre. MSF is also working in the rural areas of the district, arranging referrals and providing seasonal primary healthcare to the nomadic population. In the Kidal region, north of Gao, MSF is supporting two health centres in Kidal town and three more in the periphery.

The report Perilous terrain: Humanitarian action at risk in Mali is part of MSF’s project entitled “Emergency Gap”, which aims to analyse the absence of effective and meaningful emergency response in the acute phase of armed conflict, at a time of growing levels of humanitarian crisis and needs. The report (in English) is available on the website of the Centre for Applied Reflection on Humanitarian Practice (ARHP): http://arhp.msf.es 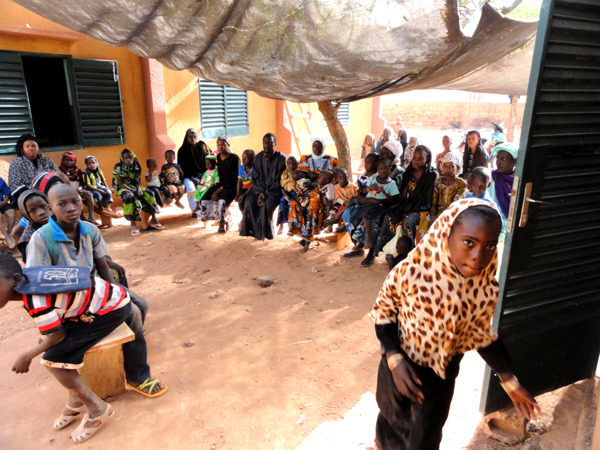