Thursday, April 26, 2018 — Doctors Without Border (MSF), a member of the Stop Stock Outs Project (SSP), has a medical team on the ground in the North West Province assessing the status and needs of clinic and hospital services. Yesterday the team visited the Mahikeng district hospital and nearby clinics, and met with North West MEC for health, Dr Magome Albanos Masike.

The implications of this evidence are that access to primary care is highly restricted, or non-existent, for communities in Ngaka Modiri Molema District. Those that can access facilities are finding that there is no medicine. Hospital closures mean that the sick, as well as pregnant women, have to travel long distances to obtain care.

The large provincial medicines depot based in Mahikeng is currently being run by the South African National Defence Force, and the depot manager estimates that a quarter of the depot’s stock has already been extracted, and that there is enough stock to meet all patient needs currently, although the depot computer system is not functioning, and manually recording stock in and stock out has caused a backlog of work.

The depot is safe but there are delays in the onward transport of medicine and medical items to clinics and hospitals. Mafikeng Provincial Hospital appears to lack pharmacist capacity. Teams from the districts have begun to arrive and pack items into trucks for transport back to their districts and then onward transport to clinics. A team from Bojanala District arrived at the depot on 26 April and stated that they were able to pack enough stock to meet most of the needs of the district, however, the earliest that medicines can be delivered to Bojanala clinics will be 30 April.

MSF is sending personnel to support the pharmacy in Mafikeng Provincial Hospital. In Bojanala District, where MSF has been supporting the North West department of health in three clinics since 2016, MSF is sending personnel to support the pharmacies in Brits Hospital and JST Hospital. MSF teams are also on hand to support with the distribution of medicines to clinics in Bojanala as soon as it is feasible to do that. 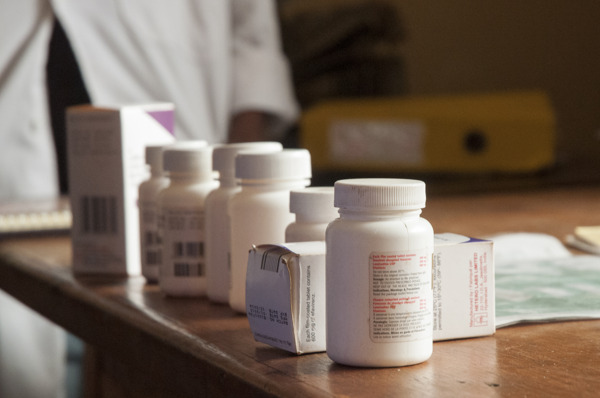