We also revisit the devastating consequences suffered by the victims, their families, MSF teams and the entire community of Kunduz.

The hospital remains closed until further notice, leaving thousands of people without access to life-saving medical care. MSF’s hospital was the only facility of its kind in the whole north-eastern region of Afghanistan, providing free life- and limb-saving trauma care, and treated over 22,000 patients in 2014, with more than 5,900 surgeries performed at the time of the attack.

In the wake of the deadly attack, MSF has not yet made a decision regarding the re-opening of the hospital because we need reassurances from all parties to the conflict that staff, patients and medical facilities will be safe. We want our work to be fully respected in accordance to the international humanitarian law in all places we work in Afghanistan.

It is the duty of all parties to a conflict to respect the rules of international humanitarian law, including those concerning the protection and respect of medical structures, medical personnel, and patients. MSF’s ability to operate hospitals on the frontline in Afghanistan and in other conflict zones, depends on the reaffirmation of these key principles.

Since the attack, MSF has repeatedly called on the US government to consent to an investigation by the International Humanitarian Fact-Finding Commission (IHFFC), the one body established specifically to investigate potential violations of international humanitarian law under the Geneva Conventions.

As a reminder, please see a TIMELINE of events since the attack on MSF Kunduz Trauma Centre on 3 October 2015 and more about MSF’s work in Afghanistan here: https://www.msf.org.za/msf-publications/afghanistan-kunduz-hospital-attacked

About MSF’s work in Afghanistan

MSF is an international medical organisation and first worked in Afghanistan in 1980. MSF opened Kunduz Trauma Centre in August 2011 to provide high quality, free medical and surgical care to victims of trauma such as traffic accidents, as well as those with conflict related injuries from bomb blasts or gunshots. In Afghanistan, MSF supports the Ministry of Public Health in Ahmad Shah Baba hospital in eastern Kabul,Dasht-e-Barchi maternity in western Kabul and Boost hospital in Lashkar Gah, Helmand province. In Khost, in the east of the country, MSF runs a maternity hospital. MSF relies only on private funding for its work in Afghanistan and does not accept money from any government. 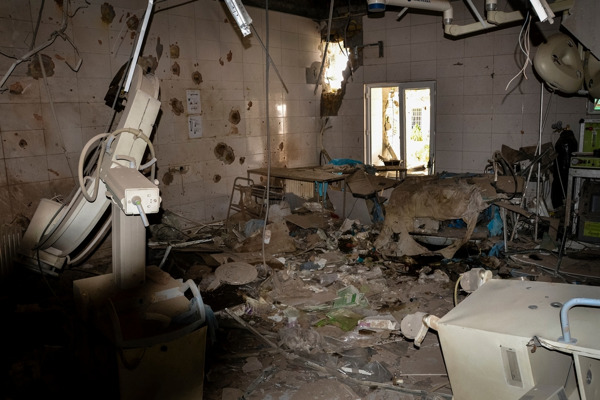