Thursday, February 9, 2017 — Doctors Without Borders (MSF) welcomes today’s ruling by the Kenyan High Court which has declared the closure of the world’s largest refugee camp, Dadaab, illegal and has since reinstated the Department of Refugee Affairs.

The government of Kenya announced in May 2016 that the Dadaab camp would be closed, citing security, economic and environment concerns. This created a lot of anxiety amongst nearly 277,000 residents of the camp who have known no other home but Dadaab for the past 25 years.

Most people in Dadaab came from Somalia after the conflict intensified and drought followed by a food crisis wrought havoc on Southern parts of the country.

MSF has described the ruling as a positive step for the scores of refugees who have been stuck in limbo since the official announcement was made.

MSF urges the Government of Kenya to uphold the decision and any return of refugees to Somalia must be done on a voluntary basis.

MSF strongly opposed the plan since the announcement of the closure, instead urging immediate consideration of alternative solutions to long-term encampment on such a large scale, including increased resettlement to third countries, smaller camps in Kenya or integration of refugees into Kenyan communities.

“It is clear that refugee camps are not the best way to manage a protracted 25-year crisis but closing them now without offering other durable solutions pushes them back to a conflict zone, where medical care is dangerously absent,” said Bruno Jochum, MSF General Director. “This decision is yet another blight on refugee protection globally, where again we see total failure in providing safe haven for people in danger. The UN itself has recently declared that five million are at risk of hunger inside Somalia. Sending back even more people to suffer is both inhumane and irresponsible.”

In October 2016, MSF released a report ‘Dadaab to Somalia: Pushed Back Into Peril,’ in which more than eight out of ten refugees surveyed said they did not want to return to Somalia, with the main concerns cited including fear of forced recruitment into armed groups, sexual violence and the non-availability of healthcare.

In the report, MSF also highlighted the severe medical consequences of such a massive return.

MSF first started working in Dadaab in 1992 and is currently the only provider of medical care in Dagahaley camp. Staff are working in the 100-bed hospital in Dagahaley camp and at two health posts, providing outpatient and mental health consultations, surgery, and antenatal, HIV and TB care. Overall in 2015, teams carried out 182,351 outpatient consultations and admitted 11,560 patients to the hospital.

Doctors Without Borders/MSF is an independent international medical humanitarian organisation working to bring emergency medical care to people caught in conflict, crises and disasters in more than 65 countries around the world including South Africa. We rely on regular generous donations from individual donors to support our work. 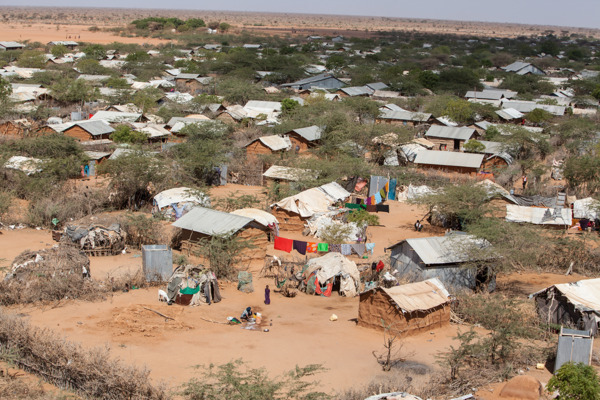