Thursday, August 25, 2016 — About 75,000 Syrians remain stranded in extreme conditions with little or no food, medical assistance, and water after a bomb attack which resulted in the closure of the Jordan/ Syria border in an area referred to as “The Berm” in June. Find Press release on the incident.

Since this incident, Doctors Without Borders (MSF) has not been able to access the Syrians stranded at the Berm. Nor have we been able to provide urgent life-saving medical care through our emergency surgical programme to the war-wounded, who are being denied access through the north-western borders.

MSF is calling for unhindered access to the stranded Syrians to ensure the provision of essential health care and hopefully a long-term solution to ensure their protection.

Prior to the closure of the border, war-wounded were being evacuated regularly and systematically from Dara’a governorate in southern Syria, and to Ramtha hospital where MSF runs an emergency surgical project.

Today, we share with you TWO VIDEO INTERVIEWS by Luis Eguiluz, the MSF head of mission in Jordan and Natalie Thurtle, the MSF medical team leader for the Berm project, describing the situation at Berm two months later.

Before the forced suspension of the medical assistance, MSF treated about 3,500 people of which over 200 children were treated of malnutrition. Nearly 450 pregnant women had received antenatal care. 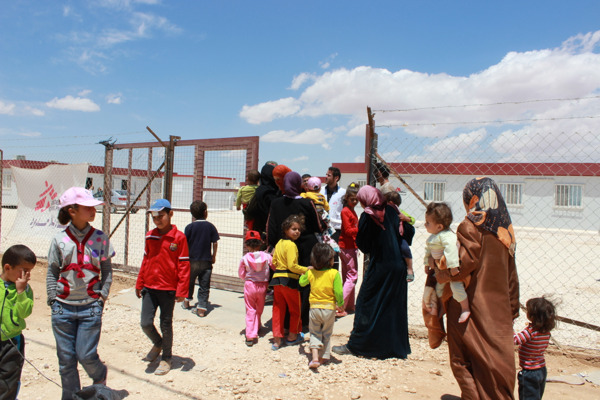