On 27th September over 1 000 health activists from the Fix the Patent Laws campaign comprising of 32 organisations, will march to the Department of Trade and Industry (DTI) in Pretoria to demand that they change our laws so that everyone can get the medicines they need at affordable prices.

People are suffering and dying because medicines for cancer, hepatitis, tuberculosis, mental health and many other diseases are too expensive. While we won the fight for HIV medicines, we lost the fight for almost all other medicines.

In 2013 the South African government committed to reforming South Africa’s patent laws in a draft National Policy on Intellectual Property. Yet three years later, nothing has changed and many people still suffer unnecessarily.

In July this year Cabinet approved a new Intellectual Property (IP) Consultative Framework for South Africa. The Consultative Framework now presents a process for finalisation of the draft Policy. The Fix the Patent Laws campaign will deliver a detailed submission of recommendations on the framework when we march to the DTI.

WHERE: DEPARTMENT OF TRADE & INDUSTRY, PRETORIA

Rally and submission handover 13h00 - 14h00 outside the DTI, Pretoria. 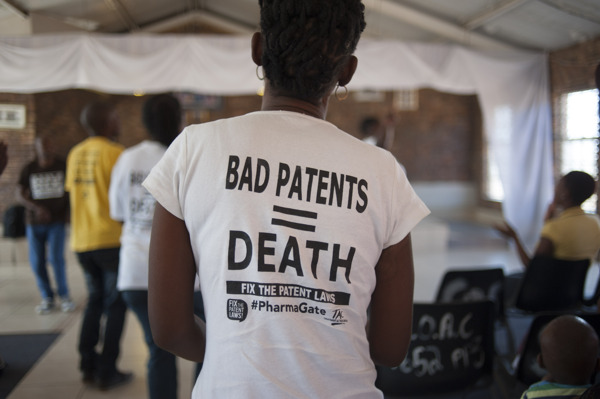