Wednesday, December 6, 2017 — As ICASA2017, Africa’s largest annual HIV conference, takes place in Abidjan, Cote d’Ivoire, this week (5 - 9 December), Doctors Without Borders (MSF) is drawing attention to the struggle millions of people in West and Central Africa (WCA) face in getting lifesaving HIV treatment – especially those in areas of conflict and war. At the conference, MSF staff will present 8 abstracts as well as medical & operational research findings from HIV and AIDS projects across Africa.

In WCA, 4 million people are still undiagnosed and untreated for HIV. In an era of ARVs and ‘test and treat all’, in this region, people are dying of AIDS.

“While this concept is new to this region, the ‘Test and Treat’ approach has been tried in other parts of Africa and was first introduced by the WHO. The big difference with this project is that Yambio is in a conflict setting. From time to time violence flares, leaving populations cut off from the outside world,” says Farhan Adan, MSF project coordinator in Yambio.

“Rather than making patients come to a distant dispensary, our service calls into rural communities at set times. A patient could be tested and have the results in a day. Treatment can start immediately. Counsellors are on hand to explain how HIV will impact patient´s lives.”

Today, we have the following available at request:

Doctors Without Borders (MSF) currently supports over 230,000 people living with HIV in 19 countries throughout Africa, Asia and Eastern and treat approaches, improved adherence support and differentiated models of care. 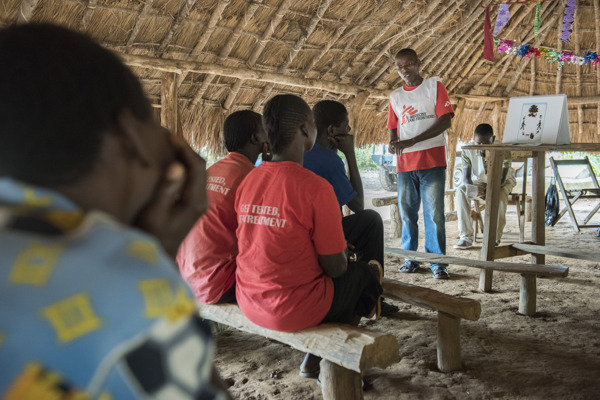