Wednesday, November 14, 2018 — Geneva, 14 November 2018—Today as the Board meeting of the Global Fund to Fight AIDS, Tuberculosis and Malaria kicks off, the international medical humanitarian organisation Doctors Without Borders (MSF) calls on the Board to make urgent changes to Global Fund policies and practices for countries transitioning away from donor support, which increase the risk of critical drug stock-outs and alarming drug quality issues in many countries. People receiving treatment for tuberculosis (TB) and HIV in transitioning countries have faced dangerous treatment interruptions and have been treated with drugs of unknown quality. The countries are also faced with paying much higher prices for drugs than they should be paying.

Beyond the countries that are about to transition from Global Fund support, even lower income countries are being called upon by Global Fund to start paying for key medical commodities – often in the absence of a rigorous assessment of procurement challenges and financial capacity, and often in the absence of the robust risk mitigation planning needed to safeguard people’s access to treatment.

“The current pace of Global Fund country transitions, hastened by underfunding from donors, is creating a ticking time bomb where people’s HIV and TB treatment is jeopardised by unknown drug quality and drugs simply not being there,” said Dr Els Torreele, Executive Director of MSF’s Access Campaign. “Allowing countries to fall off a cliff without mitigating the risks for people who need treatment could reverse nearly two decades of progress against two of the world’s deadliest infectious diseases.”

Over the last 16 years, the Global Fund’s central purchasing of HIV and TB treatment commodities has helped secure affordable prices through high-volume orders and attracting multiple competing suppliers. Crucially, the Global Fund has also been instrumental in ensuring people’s access to quality treatment by requiring all drugs purchased with its funding to have quality approval from either the WHO Prequalification of Medicines Programme or a stringent drug regulatory authority.

The Global Drug Facility (GDF), which helps countries procure TB drugs, has documented a number of problems related to the Global Fund’s policies. In the past eighteen months, 15 countries in Asia, Africa and the Eastern Europe and Central Asia region have experienced stock-outs of TB drugs. Additionally, 29 countries in these regions along with Latin America have purchased TB drugs of unknown quality, and 21 countries have purchased TB drugs and tests at prices that far exceed the lowest global prices they should be paying.

MSF has witnessed similar problems in countries where we work, including stock-outs of TB drugs in Armenia due to pharmaceutical corporations not registering their products in the country; stock-outs of paediatric HIV drugs in India due to a lack of quality-assured suppliers; and an unstable supply of HIV drugs in Guinea due to Global Fund co-financing expectations that exceed the capacity of national systems.

“We worry about more drug stock-outs in the future that could lead to treatment interruptions or treatment failure,” said Dr Greg Elder, Medical Coordinator of MSF’s Access Campaign. “We’re calling on the Global Fund to look before it leaps and find solutions by working with countries and other players, because people’s lives are on the line. The number of drug stock-outs is an alarming sign that countries’ transition from Global Fund support is being handled in a rushed manner.”

In order to avoid drug stock-outs and quality issues, MSF called on the Global Fund Board and Secretariat to urgently carry out risk and readiness assessments for countries expected to increase their co-financing of medical commodities, as well as countries currently undergoing transition. Transitioning and co-financing countries should also be offered flexibility to continue accessing drugs through the GDF or pooled procurement mechanisms to obtain quality medicines at affordable prices.

Transitioning countries with growing economic capacity also have a critical role to play in preventing stock-outs and quality issues, including by adapting laws to enable access to global markets and reinforcing national quality assurance standards.

“Ultimately, it’s the Global Fund’s donors that need to provide adequate funding so that its efforts to fight HIV and TB won’t be curtailed, including by continuing to enable the use of quality affordable drugs and tests needed to keep people alive and healthy,” said Torreele. “Hundreds of thousands of people have already been affected by TB drug stock-outs and quality issues. Now, HIV programmes in many additional countries face similar risks. Unless action is taken by multiple actors to address these risks, this will grow to millions of people affected.” 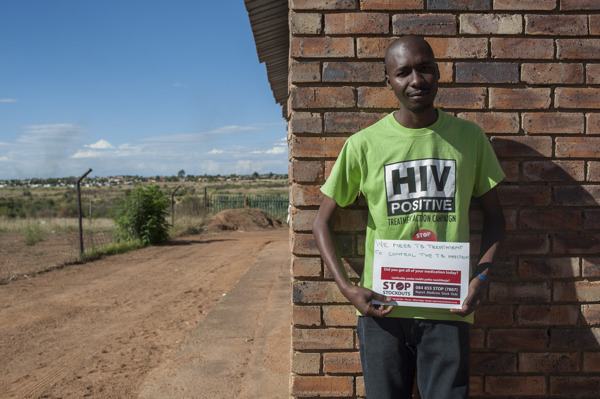