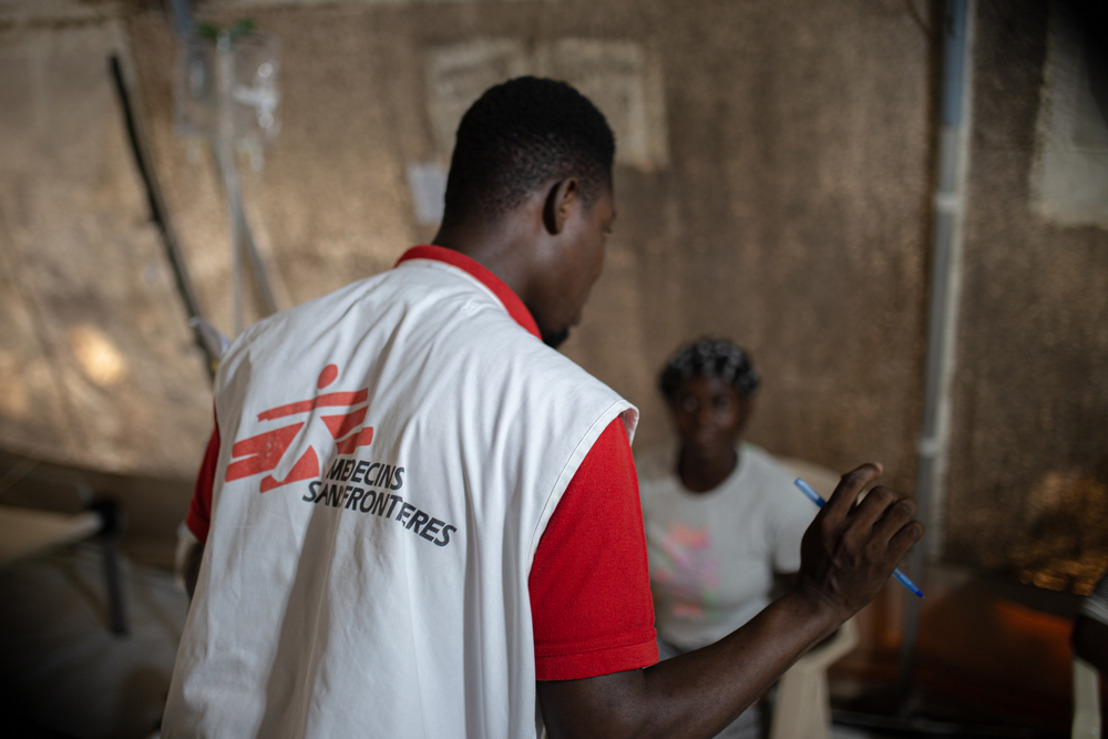 People in Haiti today live in dire conditions and are confronted daily with appalling health, and humanitarian situation, which continues to deteriorate, Doctors Without Borders (MSF) warned today. Faced with an explosion of violence and a fuel shortage, people struggle to access clean water and healthcare. In addition, over the last two weeks, the country has seen a resurgence of cholera, having been declared cholera-free for over three years. ​

"Last week, a pregnant woman came to our hospital in Cité Soleil needing an emergency caesarean section. We tried to transfer her to a medical facility where she might find that kind of treatment, but she died", explains MSF doctor Dr. Luxamilda Jean-Louis. "Whether it's due to insecurity on the roads, or to health structures not functioning anymore, events like this happen every day in Port-au-Prince. The situation is so volatile that it can change from one day to the next, even from one hour to the next."

For several days now, the vast majority of the hospitals in the city, which, like MSF, depend on generators to operate, have been forced to reduce their services and may have to close their doors because of the fuel shortages.

"We are facing the same situation as other hospitals in Port-au-Prince; we will not be able to operate our medical facilities for more than a few weeks if we do not have access to fuel. In addition, medical equipment, which we also need to continue to treat cholera cases and provide care to the population, is currently blocked at the port," explains Mumuza Muhindo, MSF's Head of Activities in Haiti.

MSF teams are equally worried about the resurgence of cholera, officially confirmed on October 2. The organisation has been receiving over a hundred patients with cholera-like symptoms every day during the past week in the four treatment centres set up in the neighbourhoods of Turgeau, Drouillard in Cité Soleil, Champ de Mars and Carrefour, with a total capacity of 205 beds.

"Unsafe water is one of the main causes for the spread of cholera, so the consequences of a lack of clean water in this context of resurgence of the disease are disastrous. Without drinkable water, treatment and good waste management, the risk of a spike in the number of cases is very high and this needs to be addressed urgently," warns Auguste Ngantsélé, MSF’s Medical coordinator in Haiti.

In addition to access to water and the establishment of care capacities, the population must also be able to access health structures. Yet, this access is a constant challenge in the Haitian capital: it is often very hard to reach a healthcare facility that is capable of providing the needed treatment; MSF witnesses this situation every day through its medical activities, whether it be for the care for trauma patients, victims of burns, vital emergencies or sexual violence survivors.

In recent days, MSF has further increased its activities, strengthening the surgical capacity of some of its projects and implementing a response to cholera that focuses on treatment but also on the prevention of infections.

For more than 30 years, MSF teams have been providing free medical care in Haiti and currently run seven projects throughout the country, in the capital Port-au-Prince, in the south and in Artibonite: treating life-threatening emergencies, trauma cases, burn victims, victims of sexual violence, and providing reproductive care. MSF also regularly intervenes in emergency situations, such as natural disasters. In 2021, MSF teams conducted 25,000 emergency consultations, treated 3,220 victims of violence and helped 1,560 survivors of sexual violence.