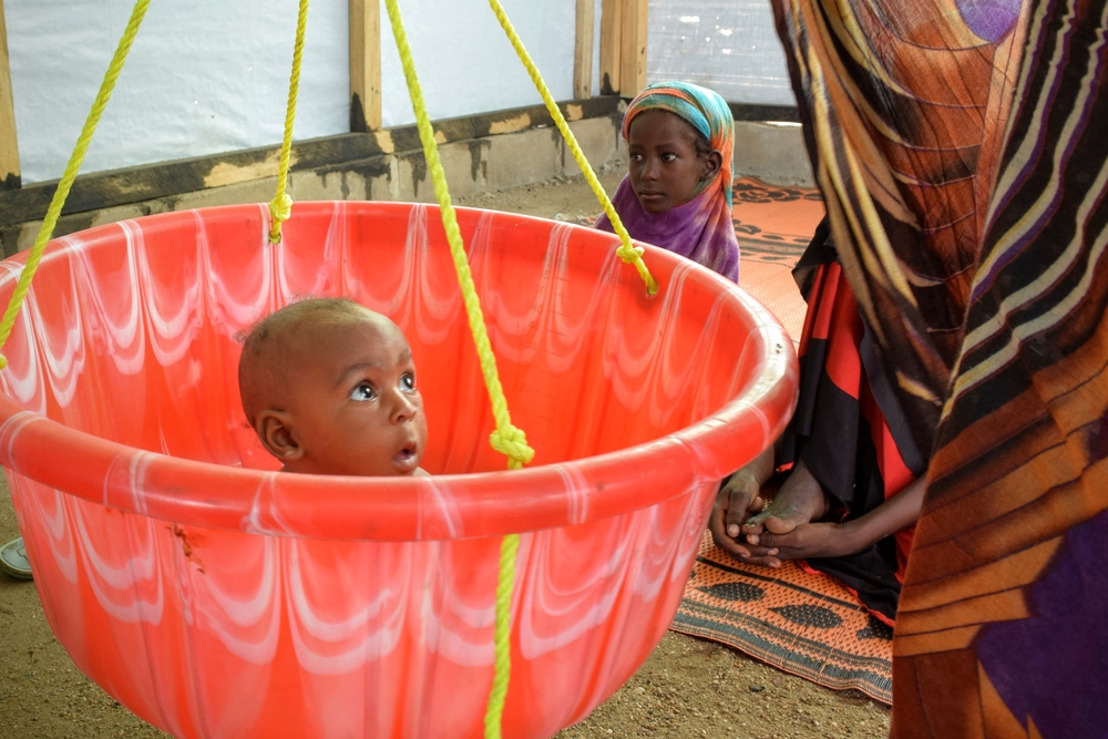 Friday, December 10, 2021 — In recent weeks, the public face-offs on Twitter between the American billionaire Elon Musk and the Executive Director of the World Food Programme (WFP) David Beasly have revived the debate on possible solutions to world hunger.

Eradicating hunger would mean guaranteeing access to food, in sufficient quantity and quality, at all times and in all places, for everyone on the planet.

The six billion dollars referred to by the WFP, on the other hand, would be used to provide emergency food aid in the coming months to around 42 million people living in contexts of extremely severe crisis in places such as Afghanistan, Madagascar, East Africa, and the Sahel. In these situations of extreme food insecurity, where MSF's teams are also mobilised today, the first victims of acute forms of malnutrition are young children. These few billion dollars would save the lives of many such children - which should be enough in itself to justify generosity from Mr Musk.

In addition to these acute crises, a prolonged lack of adequate nutrition in sufficient quantity and quality also leads to chronic forms of malnutrition, resulting in growth retardation, disease and disability - often irreversible - that in turn generates under-productivity and poverty. In 2015, it was estimated that about 45% of children in lower-income countries were acutely and/or chronically malnourished.

For example, in the Sahel, the vicious circle of outbreaks of infectious diseases - such as malaria – combined with undernutrition still leads to the deaths of tens of thousands of very young children. Difficulty in accessing adequate nutrition and care leads to 'chronic emergencies' with seasonal peaks during which millions of children require treatment for severe forms of malnutrition. These peaks result in waves of hospitalisations requiring large emergency care capacities and the provision of intensive care services.

This destabilises health systems that already suffer from a lack of resources and exhausts healthcare workers, both physically and psychologically. Compounding these structural issues, some of the region's countries have also had to cope with a drastic reduction in funding in recent years, alongside the impact of the Covid-19 pandemic and growing insecurity.

Over the past 20 years, enormous progress has been made in the treatment of malnutrition. The development of new protocols in the mid-2000s enabled millions of children in the Sahel to receive treatment, calling attention to a previously hidden problem due to lack of access to care.

Since then, significant research efforts have furthered our knowledge of the causes and mechanisms of child malnutrition. Moreover, considerable advances have been made in preventing and treating the main childhood diseases affecting young children, thanks to the introduction of new vaccines and malaria prevention strategies that have significantly reduced child mortality.

However, most healthcare programmes in this region still focus on treating children already at an extreme stage of malnutrition, when many face high risks of death.

Yet today, there is scientific consensus on the importance of ensuring access to quality nutrition during the 1,000 days between conception and the child's second birthday, for the pregnant woman first, and then for the infant, once exclusive breastfeeding has ended, notably through the distribution of specific foods. Indeed, studies have shown that providing nutritious supplementary foods designed to provide minerals, vitamins, lipids and protein to children aged 6-24 months significantly reduces mortality and prevents acute and chronic forms of malnutrition. This approach is even more effective when combined with preventive measures (such as vaccination and access to drinking water) and curative care (early treatment of the prevalent childhood diseases: malaria, pneumonia, diarrhoea, etc.). In a virtuous circle, distributing these supplements encourages families to visit health facilities, thus facilitating access to other health services such as vaccination.

Mr Musk is right to raise the issue of finance. It has been estimated, for example, that all of the above measures would cost just over $100 per year per child. But this preventive effort is an excellent investment because it would benefit children and their families and health systems, and countries in general.

These are not miracle solutions but auspicious ways forward, which would require more research to define more precisely. MSF is ready to continue this reflection with donors, political authorities and other humanitarian actors.

Many public and private donors have already pledged to fund the fight against malnutrition - recent announcements include the ones from the Bill and Melissa Gates Foundation and the US government, for instance. Recently, on 7 and 8 December, the Nutrition for Growth summit in Tokyo will bring representatives of the most affected countries together with the major donors and the actors involved in the fight against malnutrition. For its organisers, this summit "provides a historic opportunity to transform the way the world tackles the global challenge of malnutrition". We hope it will result in commitments that will bring about a real paradigm shift in this area:it is only with substantial funding channelled into strategies based on sound medical research, and supported by strong political commitment that we can hope to win the battle against malnutrition - not with simplistic and skeptical tweets.