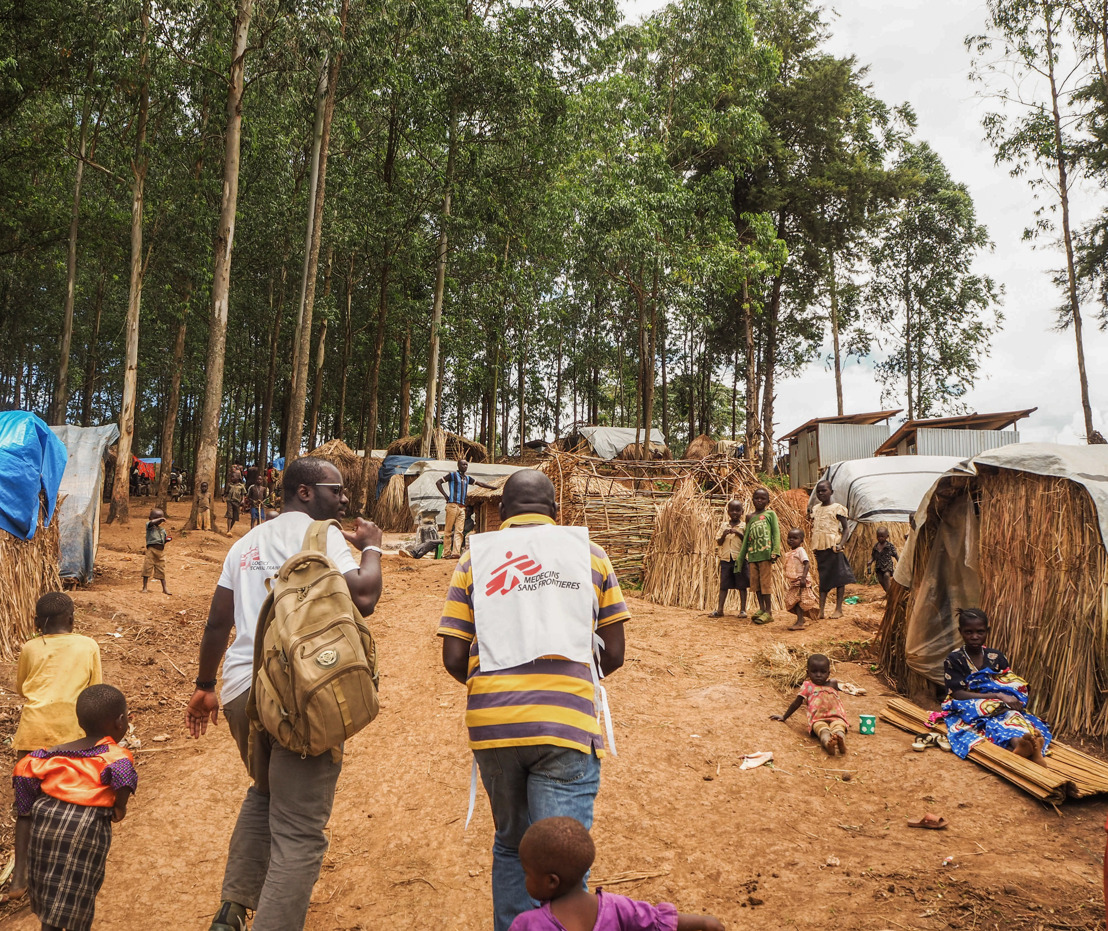 A surge in violence in the two months since April has seen nearly 200,000 people displaced from their homes in Ituri province, northeast Democratic Republic of Congo (DRC), say teams from international medical organisation Doctors Without Borders (MSF) working in the region. Currently, DRC is second only to Syria for the number of internally displaced people within its borders.[1]

MSF is calling on national and international organisations to step up their assistance to the displaced people.

The latest attack occurred on 17 May in the Drodro region, which left villagers dead and injured, and their homes burned to the ground. Following the attack, MSF staff supported health workers providing emergency medical treatment to women and children with gunshot and machete wounds.

The youngest victim of the attack was a 15-month-old boy who was strapped to his mother’s back when she was shot. “The bullet passed through the boy’s legs and killed his mother,” says MSF medical team leader Diop El Haji. “He was brought to Drodro general hospital by neighbours. Both his parents were killed in the attack along with his three sisters and three brothers. Of his whole family, only one brother survived after he managed to escape into the bush.”

Health centres have also been targeted by the violence. “On 2 May, the war came to the area of Wadda and left behind over 200 burned homes,” says Alex Wade, MSF head of mission in Ituri. “The health centre we were supporting was looted. Sadly, this was not the first health facility to be targeted. In May alone, at least four other health facilities were reported to have come under attack.”

Ordinary people are the main victims of the fighting between militias and the national army. Many people live in fear of attack, while the violence is also hampering MSF’s efforts to provide medical care. “Many people are living in constant terror of being attacked in an area where the humanitarian needs are sharply increasing,” says Wade. “Our teams are struggling to provide healthcare to both local and displaced people because we have no guarantee of safe access to some areas.”

People’s access to healthcare is impeded not only by the violence but also by the fear of violence. “The violence is systematically targeting villages and health centres in order to prevent the people who fled from returning,” says MSF field coordinator Benjamin Courlet. “Some people are too terrified to go to the health centres that are still functioning in the villages or in the camps. Instead they stay in the bush, so we have set up mobile clinics to reach them there.”

MSF is calling for increased support for the hundreds of thousands of displaced people who are sheltering in unsanitary and overcrowded conditions, where minimum humanitarian standards are far from being met. MSF teams are trying to deal with people’s most urgent needs, but more aid needs to be provided, including basic healthcare and essential supplies.

“In light of the recent conflict, the priority is to reach those people in immediate need of medical assistance, and then to try and improve their living conditions as much as possible,” says Courlet. “On top of that, we have to implement infection prevention measures, particularly in view of the threat of COVID-19. People’s needs are huge and we cannot do everything on our own.”

Since the early 2000s, more than one million people have been displaced from their homes in Ituri province. MSF has been providing medical assistance to people in Ituri region since the conflict began. As well as caring for the wounded, MSF teams provide treatment for common but deadly endemic diseases, including malaria, severe respiratory infections, diarrhoeal disease and measles, in hospitals, health centres and community health centres in areas where displaced people have settled around Nizi, Drodro and Angumu. MSF teams also carry out health promotion activities, provide clean water, improve sanitation and distribute essential relief items.

In the context of the COVID-19 pandemic, the spread of the disease in Ituri province could bring about a humanitarian catastrophe. To try and prevent this, MSF teams are conducting community awareness sessions and building isolation and triage wards in general hospitals for potential COVID-19 patients.