An Ebola Treatment Centre (ETC) run by Doctors Without Borders (MSF) and the Ministry of Health was attacked yesterday, Wednesday, 27 February 2019 at around 18h00 in the city of Butembo, in the Democratic Republic of Congo’s Nord Kivu province. The assailants set some of the compound’s facilities – as well as vehicles – on fire and gunshots were heard. The blazes have since been contained. We do not know if all staff, patients or families are physically safe. Efforts to secure the zone and to locate patients and staff are still underway. The ETC was plunged into darkness after the electricity generator was disabled in the attack. There were 57 patients housed in the ETC – of these 14 are confirmed Ebola cases. Many of the suspect Ebola cases, as well as Congolese staff members, fled the healthcare facilities and their whereabouts are not yet known.

“Tonight another deplorable attack on an Ebola treatment facility has taken place, this time in the city of Butembo. This follows the attack last week on another MSF Ebola treatment centre in nearby Katwa. This attack has not only put the lives of Ebola patients and their families in danger, but also those of MSF and Ministry of Health staff. Our efforts are currently focused on the immediate safety of both staff and patients.”

Tomorrow, MSF International President Joanne Liu and DRC’s Minister of Health will arrive in Butembo to assess how to look after Ebola patients in Butembo and Katwa in light of the attacks on both Ebola Treatment Centres in the region. 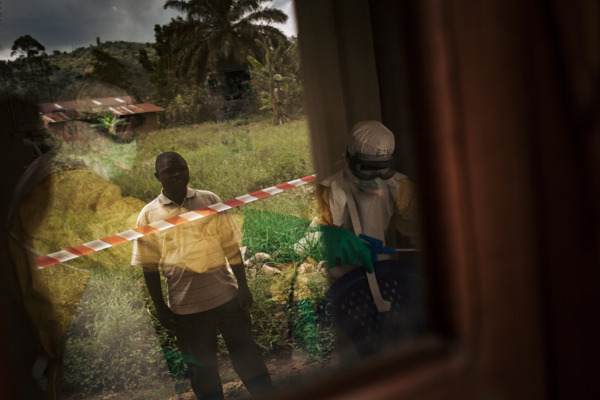