Thursday, March 24, 2016 — JOHANNESBURG, 24 March 2016 - A team of Doctors Without Borders (MSF) fundraisers will give shoppers in Kimberley, Northern Cape Province, a taste of MSF’s work when they embark on a week-long tour from 28 March to 2 April to raise funds and awareness about the organisation’s medical relief work around the world.

“Every year we visit at least three different Provinces in South Africa to give South Africans the opportunity to engage with the organization. The Face-to-Face travel teams make this possible,” said Kelly Barlow, the MSF Travel Teams Co-ordinator.

“This year we are hoping to raise a lot of funds so that we can continue to provide the much needed assistance to the millions of people around the world who have been displaced due to conflicts including from Syria, Afghanistan, Nigeria, Libya and Sudan as well as support our newly established clinic in Rustenburg that focuses on treating survivors of sexual violence,” she added.

During the tour, shoppers will also learn how they can help MSF to combat malnutrition in South Sudan, help combat and treat sexual violence in South Africa, Zimbabwe, Kenya and the Democratic Republic of Congo among other things.

The team will spend the whole week at the Diamond Pavilion Mall in the Auto Page Court interacting with shoppers and giving them information on how they can also be part of the MSF family either as fundraisers, volunteers, field workers or supporters.

MSF works in more than 65 countries, including South Africa. The organisation has projects in Khayelitsha in the Western Cape and in Eshowe in KwaZulu-Natal where it works in close collaboration with local authorities to provide care to people living with HIV and tuberculosis.

MSF opened recently a clinic in Rustenburg that focuses on treating survivors of sexual violence. The clinic offers a comprehensive approach meant to overcome the barriers that discourage victims from seeking medical care.

As with all of its sexual & gender-based violence projects around the world, MSF Rustenburg treats sexual violence first and foremost as a medical emergency, one in which the survivor’s medical and psychosocial needs are attended to as soon as possible after the event. Services include emergency contraceptives, treatment to prevent sexually transmitted diseases, including HIV/AIDS, and psychological and legal support.

Doctors Without Borders (MSF) is an international, medical humanitarian organization that provides medical care to those affected by armed conflict, epidemics, natural and man-made disasters, and speaking out on behalf of the most vulnerable. MSF gives assistance to people based only on need and irrespective of race, religion, gender or politics. In 2013 MSF treated over 9 million patients around the world in over 60 countries – including South African, Zimbabwe, Lesotho, Swaziland, Mozambique and Malawi.

In South Africa, MSF is currently implementing HIV and TB programmes in the KwaZulu-Natal and the Western Cape, while remaining ready to respond to emergencies. MSF South Africa supports projects throughout Southern Africa by providing medical expertise, recruiting medical and other professionals, and advocating for improved healthcare policies.

MSF is registered in South Africa as a Non-Profit Company (NPC) and as a Public Benefit Organization (PBO) and firmly adheres to the good governance principles of fairness, accountability, responsibility and transparency. Any donations made towards our programmes in South Africa can be accounted for a corporate BBB-EE scorecard.

Interviews in English, Setswana and Afrikaans are possible with our face-to-face fundraising team. 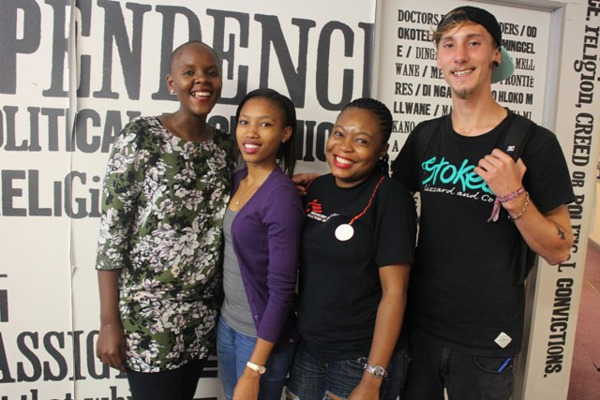