Tuesday, December 11, 2018 — In Salamabila, Maniema Province, eastern Democratic Republic of Congo, civilians, and particularly women, are among the many victims of armed conflict that have intensified in the region since the beginning of the year. The need for assistance is immense and the international humanitarian medical organisation Doctors Without Borders (MSF), which has been present since April 2018, is more and more concerned about cases of sexual violence that it receives in health facilities.

B., a 36-year-old woman from Salamabila, mother of seven, is one of 157 survivors of sexual violence who have been treated by MSF since April in this city of about 10,000 inhabitants: "I went to the field in Machapano, when three armed men approached me and raped me, in turn”. Unfortunately, the story of B. is not unique and according to Father Augustin, parish priest Christobal, this figure represents only the hidden part of the phenomenon: "before the arrival of MSF, all reported cases of Sexual violence passed through me, and I am convinced that those we know today are minimal compared to real cases. Many women and many couples do not want to talk about it for fear of being singled out ".

The city of Salamabila is part of the territory of Kabambare. It is located near Mount Namoya, a natural gold deposit that has long been one of the main sources of income for the local population. In 2012, the first conflicts broke out around the access to gold and land, whose inhabitants then found themselves deprived. Since then, no compromise has been found and the presence of armed men has steadily increased.

This has important consequences for people who, feeling insecure, move and take refuge in the bush. In addition to looting, fires and the deterioration of the axes, many victims of violence are recorded at each new confrontation.

Mama H. ​​is one of the few people helping survivors of sexual violence. Its role is fundamental in the communities: it welcomes the victims, advises them and directs them to the appropriate structures according to their situation. According to her, the number of cases is closely linked to the presence of armed men in the area: "when there are clashes here, they come and they rape women. Pregnant women, but also minors and old women! ".

In April 2018, following an initial assessment, MSF decided to intervene to meet the needs of the most vulnerable populations. In the health zone, the organization supports Salamabila General Referral Hospital and three peripheral health centers. It provides medico-psychological care for survivors of sexual violence, quickly identified as one of the priorities of the intervention. Victorine, doctor of the emergency team, explains to us the circuit of care: "the community relays go to the villages to communicate the necessary information to the populations. When they find a survivor, they take her to the focal point, who takes her to the hospital or the nearest health facility. The doctors then perform all the physical examinations and decide on the treatment to be administered. Psychologists, on the other hand, assess the level of trauma and follow the victims in the hospital or in their home, for those who have been able to return. MSF has also set up a program called "The Men's School" whose goal is to educate all men and husbands in the communities about cases of sexual violence, so that they can better support their wives, their daughters and their families.

For the survivors, the consequences of these attacks are disastrous: stigmatization, community and family exclusion, diseases, unwanted pregnancies, and numerous psychological traumas. "My husband abandoned me and does not want to hear about me anymore. Today, I live with Mom H. with my seven children, "says B." I would like to change environment and I plan to go live with my parents in Kasongo. I know people will ask me why I came back. If they ask me too many questions, I think I'd rather die. It will be better for children because they will not have to suffer humiliation. Physically, the act is over and I have no more pain. The hardest thing today is rejection, "she adds.

Due to the still volatile situation in the region, MSF has decided to extend its intervention in Salamabila. But despite the presence of the organization, women are still very vulnerable to violence. No matter where (in the field or at home), regardless of age, status or physical condition, women experience the same atrocities day after day. The health structures are in poor condition, regularly looted, deprived of human and material resources. The needs for protection, socio-economic support and community awareness are also important. However, humanitarian actors are slow to come, especially because of persistent insecurity in the area.

MSF has been working in the DRC since 1981 and today works in 20 of the country's 26 provinces providing medical care to victims of conflict and violence, displaced persons or those suffering from epidemics and pandemics such as cholera, measles, Ebola or HIV / AIDS. In South Kivu, MSF has been working since 2007 and its emergency teams are ready to respond throughout the province in the event of an epidemic, natural disaster or conflict. In Salamabila, in Maniema province, MSF has been working since April 2018 providing free health care to displaced populations and host populations (violence, medical-surgical emergencies, malnutrition, mental health and reproductive health). 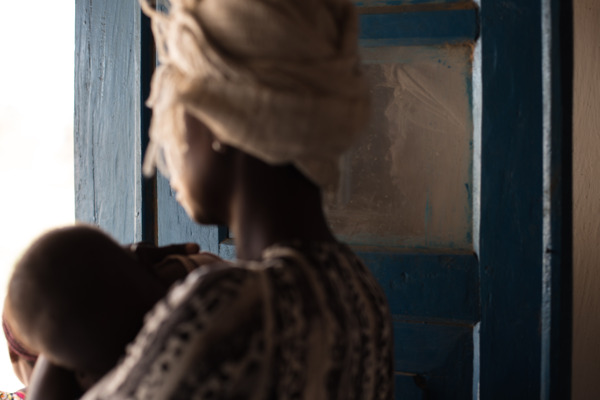