Thursday, November 17, 2016 — CENTRAL AFRICAN REPUBLIC – A PROTRACTED CRISIS THAT MUST NOT BE FORGOTTEN

A situation that is far from “normal” – Following the 2016 elections, some international players have been speaking of a “normalisation” of the situation in CAR to justify a gradual shift toward development at the expense of humanitarian response capacity. Every day, Médecins Sans Frontières (MSF) witnesses a very different reality: large numbers of people who are still prisoners of violence and fear and who not have access to basic services, such as housing, food, potable water and sanitation, health care and protection. More than half of the country’s population is in need of humanitarian assistance and nearly 400,000 are internally displaced; another half a million have sought refuge in neighbouring countries[1]. Protracted crises all too often tend to degenerate into acute crises, and impact the population’s health on the long term, rendering people yet more vulnerable and weakening the healthcare infrastructure intended to care for them.

Dysfunctional health system and massive barriers to access – The public health care system does not function normally, and people are heavily dependent on humanitarian aid for healthcare and other necessities. In many cases, MSF has found itself obliged to take over health provision for the general population where there are no other healthcare providers present. Health care facilities that do operate are doing so hamstrung by a severe shortage of medical staff, especially in rural areas. On top of that, most of CAR’s population still does not have access to basic health care, due to physical barriers (poor condition of roads, roadblocks, banditry), barriers linked to the provision of care (lack of trained staff and appropriate infrastructure), and financial concerns (poverty and a pervasive cost-recovery system that most cannot afford).

Indicators stagnant or worsening – The health care situation in CAR is alarming, with healthcare indicators pointing to a situation similar to, or worse than, in previous years. For example, at the end of June 2016, MSF had already treated 6,700 malnourished children –

significantly more than half of the 10,200 cases treated in 2015. Despite the changes on the political scene this year, MSF has not witnessed a decrease in needs in terms of healthcare and humanitarian response in CAR.

The needs in terms of healthcare in CAR are clearly immense: in 2015, CAR was MSF’s third largest mission in terms of investment, behind the DRC and South Sudan. The level of engagement on the part of the government and the international community, however, does not reflect these needs. Current propositions for funding for the healthcare sector in CAR are unrealistically small: the Ministry of Health’s proposed spending on health and nutritional programming for the whole of the country amounts to approximately 60 million USD per year[2]. In contrast, MSF spent 55 million Euros of private donors’ money last year in CAR. The amount of money allocated by MSF, a humanitarian organisation, is also larger than or on the par with investments in humanitarian programming by any individual donor government to the country.

Additionally, MSF calls upon all parties to the conflict in CAR –  the government, armed groups, and MINUSCA – to take up their responsibility to ensure that the civilian population is protected; to guarantee humanitarian access, in urban areas and more remote parts of the country; and to ensure access to health care and respect for health care workers and facilities.

MSF has been present in CAR since 1997, and is today running 17 emergency humanitarian aid projects in 9 of the country’s 17 provinces. More than 2900 central African and 230 international staff members care for patients in 13 hospitals, 3 maternity clinics and 47 health centres and health posts.

In 2015, the organisation’s budget for its medical activities in CAR was 55 million Euros. In terms of expenditure, CAR (population estimated at 4.9 million[3]) was MSF’s third largest single-country mission, following Democratic Republic of Congo (>65 million inhabitants) and South Sudan (11 million inhabitants).

1,100 victims of sexual violence cared for

- Support to victims of violence 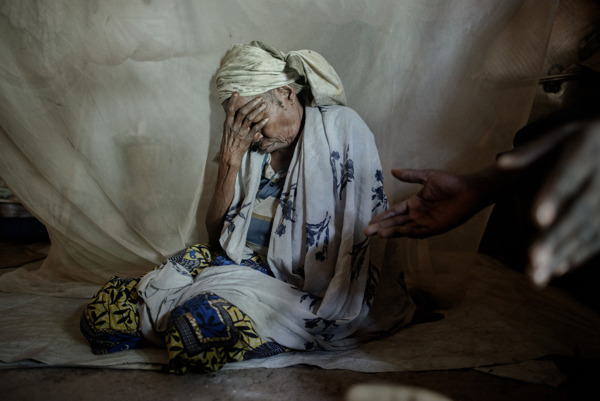