Wednesday, May 2, 2018 — Yesterday’s outbreak of violence is one of the biggest in Bangui, the capital of the Central African Republic (CAR) so far since 2015. This resulted in six people dying from injuries and dozens being injured after fighting resumed in PK5 and Fatima neighbourhoods.

Doctors Without Borders (MSF) treated about 60 people in its health facilities following the attack. The five wounded received first aid treatment and were stabilised in MSF Gbaya Dombia maternity facility, located in PK5. One person who was critically injured, was transferred to MSF SICA Hospital for emergency and surgical care.

At the moment, more than 50 people who sustained gunshots during yesterday’s violence, have been received in MSF SICA Hospital.

At mid-day, a group of people gathered in front of the SICA hospital doors blocking access to ambulances carrying the wounded.

“SICA hospital is one of the only hospitals in Bangui to provide free and specialised surgical care. MSF calls on everyone in Bangui to respect and facilitate the work of the medical staff, who have a duty to treat people in need of medical assistance, regardless of their background, religious or political affiliations,” says Anne-Marie Boyeldieu, MSF head of mission for CAR. 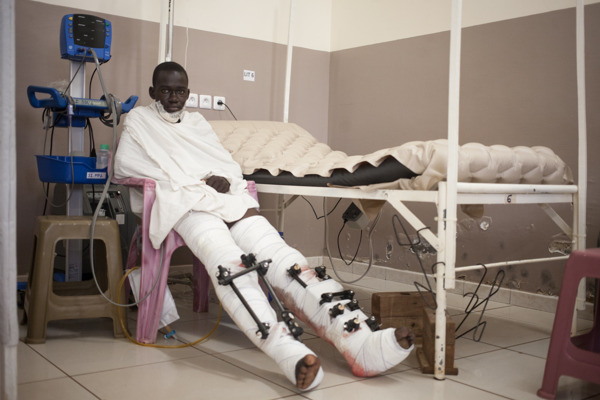