Wednesday, March 1, 2017 — Borno state, located in northeastern Nigeria, is the main scene of the conflict between Boko Haram and the army that has affected the four countries bordering Lake Chad and has caused the displacement of more than 2.6 million people. In northeastern Nigeria, an estimated 1.8 million people have been displaced, more than half to the capital of Borno: Maiduguri.

In June 2016, MSF was able to start working outside Maiduguri, in different areas of the state. Although the situation did vary from one location to another, what the organisation found there was an alarming humanitarian crisis. Today, in areas where access is possible, the situation has improved because there is more support from humanitarian actors, because malaria cases have declined and because, in some places, there is access to growing areas. However, the population remains extremely vulnerable and depends to a large extent on the minimum services it now receives and had been deprived of for a long time. But considerable medical and humanitarian needs remain unmet. At the same time, many areas of the state remain inaccessible for security reasons.

Jean François Saint-Sauveur, medical director of MSF in Barcelona, ​​has just returned from Borno, where he was able to visit three of the projects that MSF is carrying out in the state. Here, he explains his experience.

What did you see during your visit to Borno?
I went to three of the projects that MSF has in the state. First, I was in Benisheikh, a town located on the road between Maiduguri and Damaturu, the capital of the neighbouring state of Yobe. In principle, it is an accessible zone and the population (with many displaced from all over the LGA, Local Government Area, settled in improvised camps) can move around. However, in practice, there is no public transport and they do not have the financial means to do so. The army controls the town but there are no other large humanitarian organisations present.

I then visited the MSF projects in Gwoza and Pulka, two towns close to each other, located in the southwest of the state near the border with Cameroon. In this area, the conflict between Boko Haram and the army is more active. The army also controls these towns and the population cannot move outside the towns, except in exceptional circumstances. Right now, MSF is again the only humanitarian organisation that has a permanent international presence in these two towns and our staff can only get there by helicopter.

How do people live in these places?
It is a very impoverished population, which depends to a large extent on the aid it receives. Many are displaced people who were forced to abandon everything (homes, fields, livestock, etc.) and flee because of the conflict. In Benisheikh, Gwoza and Pulka, it is practically impossible to cultivate, and leaving the town to collect wood to cook with or to sell is dangerous. In recent months, food distributions have increased in these three places but other needs, such as water, sanitation or health, are still not completely covered.

In addition, these three places are receiving new displaced people and there are not enough humanitarian actors present to serve these growing populations. One specific example of this is Pulka. MSF is currently the only organisation assisting the new arrivals, although there are many of them. While I was in Nigeria, in just one day 500 people arrived in Pulka, mainly elderly, women and children. A camp has been built with some tents, but it has no latrines or water points so the displaced have not occupied it. Hundreds of people have been living for weeks around the health centre run by MSF. We have given them relief items but the living conditions are still not acceptable.

What are the main medical needs?
The Borno health system has deteriorated greatly because of the conflict: primary care is not working well, referrals are often impossible and hospitals are overwhelmed. So the population’s access to healthcare is very limited.

There are very few organisations responding to these needs so there are dramatic gaps in health services, especially in emergency care, surgery, transfusions, mental health and prevention. In some places, we are the only medical actors for large and highly vulnerable populations.

The main diseases we deal with are malnutrition, malaria, respiratory infections... pathologies closely linked to poor living conditions. Many people arrive at these locations with nothing and then receive very little. And that’s the situation of the ones we are seeing, because MSF still does not have access to many areas of Borno for security reasons and we do not know what is happening.

On the other hand, we know that in these projects we have a very high number of external consultations and that is normal. They are people who have had very hard violence-related experiences and who are now totally dependent, it hurts them in their souls, so it is important to provide them with mental health and psychosocial support.

What activities is MSF carrying out in these areas?

We are running nutritional projects in the three localities. Right now, with the food distributions and the end of the malaria season, the nutritional situation has improved but it remains a major concern for us.

In addition, we have carried out a measles vaccination campaign in these three areas because some cases were detected due to the low coverage rate and we are preparing to reinforce the routine vaccination of the youngest children with new campaigns covering other antigens.

In the future, we also want to have greater capacity in these locations because we know that referrals are very complicated and dangerous we want to be able to treat the most serious cases that come to us. 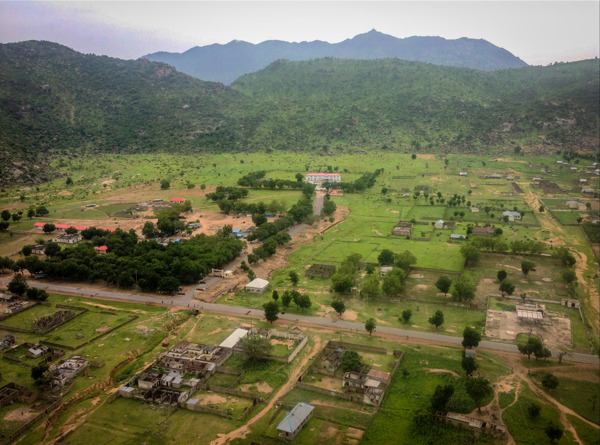